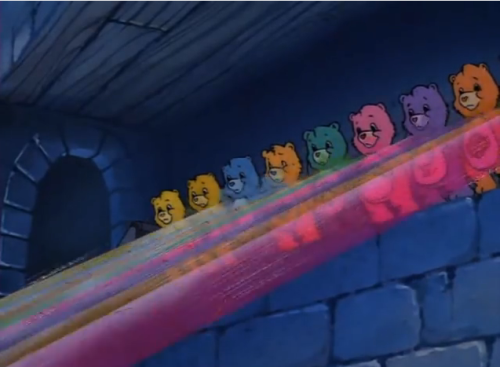 Someone sent me a link to this Pat Condell video: Human rights travesty, then a day later, with an approving comment, she forwarded to me the following reply she got from a friend:

“He’s clever, and though it’s exaggerated, he’s saying what we all know is approximately true — but he’s leaving a lot out too, like alternatives.

The islamic states are dictatorships (or corrupt pseudo-democracies, like Pakistan). It is unlikely that all, or even most muslim citizens “agree” with the extremism — indeed they are by far the most frequent victims of it. And there are 193 nations in the United Nations. No one has figured out how to “harmonize” their ethics without practicing intolerance and using force. And when nations have abandoned intolerance or used force against one another the total suffering caused has been even greater than that caused by extremist Islam.

I’m not saying that we have to be intolerant of atrocities. Just that it’s not clear what to do, nor who should do it, nor how. Throwing islamic nations out of the UN is just populist prattle, not a serious proposal. (It’s always easy to describe a mess, indignantly, and it appeals to people who just want to rant against “them” — whoever “they” are — while flexing nonexistent muscles in unspecified or obviously absurd directions…)”

My friend said something to the effect that this commenter is also right. Is he? Let’s see where he is wrong, then let’s offer some of the alternatives that he is asking for.

First, he acknowledged that what Pat Condell says is ‘approximately true’ and that we all know that it is. He thinks that the problem is not what he ‘approximately’ says, but what he leaves out. Muslims, you see, are the ones suffering the most from Islam.
“It is unlikely that all, or even most Muslim citizens “agree” with the extremism.”
This is an assumption that is easy to test. This short summary of a Pew research from Ben Shapiro makes a pretty good presentation of the facts showing clearly that the majority of Muslims are in full support of fundamentalist interpretations of Islam and all the unsavory things that come with it. The full research is also available on the web, anybody can check it out.

Not only is the commenter wrong, his argument is also irrelevant. Our position on Islam should have absolutely nothing to do with what we think that some Muslims think.

The claim that “No one has figured out how to “harmonize” their ethics without practicing intolerance and using force” is a strange one. What does harmonized ethics look like? Why should ethics be harmonized? Is there or can there be a ‘harmonized’ version of the commenter’s ethics that includes FGM, rape cultures, the killing of Jews, apostates, adulterers and gays?
How do you ‘harmonize’ the ‘ethics’ of these ideas? How can you harmonize sharia with the values of western democracies? The commenter seems to think that it is possible, we just have to figure out how. But why should we? Because he considers them worthy to preserve?

The next statement is the scariest. Not only wrong.
“And when nations have abandoned intolerance or used force against one another the total suffering caused has been even greater than that caused by extremist Islam.”

To understand what’s wrong with it, you only need to replace the word ‘Islam’ with the word ideologies. Communist regimes in the 20th Century killed more of their own people than the number they lost in wars. Extremist ideologies are far more dangerous than political wars, besides, extremist ideologies are also the main drivers behind many political wars.
The scary part is the message: we should accept extremist Islam, because the alternatives, intolerance and force, are worse. The extreme, murderous intolerance of Islam should be embraced by our tolerance. Being nice to Islam is best for everybody.

The sentence “I’m not saying that we have to be intolerant of atrocities” does not make sense unless I assume that the writer meant tolerant, not intolerant. Even with the correction, the idea still does not make any sense. We should not tolerate them, but since nobody can figure out what to do about them, there is nothing we can do. So what does our ‘not tolerating something’ look like? How does it manifest itself? We’ll give them the care bear stare?
What we definitely should NOT do, according to the commenter, is populist prattle.
“Throwing Islamic nations out of the UN is just populist prattle, not a serious proposal.”
What is the difference between a serious proposal and a populist prattle? And who did ever suggest that any country should be ‘thrown out’ of the UN? Pat Condell definitely did not. If I happen to be at a party where I don’t like the other guests, I would not try to throw them out, I would leave.
Self respecting, civilised countries should leave UN.
Which is just the first thing that can and should be done.

What can be done – the alternatives

The author of these comments is clearly clueless. He says so twice. He can’t figure out how to harmonize ethics and he does not know what to do about the atrocities. What can and should be done is pretty clear to me:

….and I could go on. The problem is not lack of imagination but the lack of political will. It must be pointed out, that lack of accommodation is not a denial of religious freedom. It only says that you should do whatever you do in your on space, on your own dime and that you are expected to respect the rights of others to do the same.

The problem is the comment; the problem is the commenter.
It is a perfect example of the clue, balls and spineless wishy-washy left-lib malaise.
Not standing up against evil is condoning it. The problem is not Pat Condell’s indignation; the problem is that not enough people are indignant with him. The problem is the people who wish that he would stop “flexing nonexistent muscles” and just shut up. He makes them look bad.
It is difficult to stand up for your beliefs if you do not believe in anything. On the other hand, ‘it is always easy’ to write condescending banalities about not taking a stand against anything except against those who take a stand.
Liberals can see the problems; they just can’t be bothered to deal with them.
They just don’t know how. They just can’t figure it out. They will never take a stand.
Not if it includes anything more radical than the care bear stare.