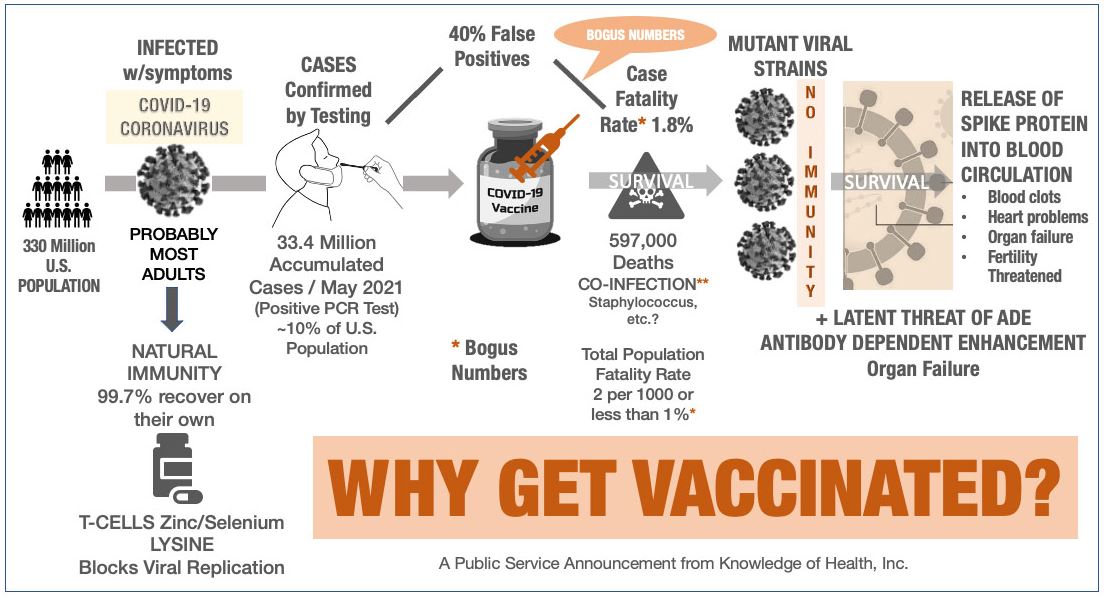 My niece just finished and defended her undergrad thesis. Her proud mother, my sister, sent it to me. I looked at it, got depressed, tried to ignore it, then I decided that I CANNOT.

My niece is a smart girl; she is very articulate and writes well. Her work is well done, well written, yet it is deeply, fundamentally wrong. I have not talked to her in a while so I don’t know whether she actually believes what she wrote or just did what was expected from her. The ‘bugs’ in her thesis could be features expected by the system indoctrinating her. Her thesis is written in sciencese, that special language budding ‘scientists’ must master to be taken seriously.
The general subject of the thesis is behavioural analysis, the particular focus is the study of the ‘causes’ of ‘vaccine hesitancy’ and a search for possible ways to overcome it.

My first impulse was to simply offer her some alternative explanations, to show that what she treats as a pathology, could be a perfectly reasonable reaction. To explain how calling my well reasoned, evidence based and VERY FIRM opposition to this vaccine ‘hesitance’ is offensive.

But that is not the subject of this post. It is dogma, propaganda, science and education.

My niece’s thesis is built upon the uncritical, unquestioning acceptance of the official narrative, the essence of which is something like this:

The narrative has a number of assumptions that also should not be questioned.

…I think you get the idea…

The problem and the answer

The focus of my niece’s study is the last aspect of the official narrative, an attempt to understand ‘vaccine hesitancy’ with a focus on finding ways to overcome it.

Calling it ‘an attempt to understand’ is a bit of an overstatement as she starts with assumptions that any opposition to vaccination is either ill-informed or selfish and anti-social. We learn that those who distrust vaccines in general, distrust the covid vaccines in particular. Those who distrust governments, distrust governments. Probably because they are too stupid to understand that science is science and the public good is paramount.
Sarcasm aside, the problem is reduced to a technical one: how to find the best messaging, the best propaganda, the best way to manipulate people into compliance with the official dogma. The answer is: by tailoring the message to their personality. Not exactly what I would call science.

‘Science says’ is the new ‘Simon says’. If science says, then you just must do it. Not doing what ‘science says’ means you lose. Doing something that the science does not say means you lose. What science is, or how science ‘speaks’ is never actually defined. The question does not even approach the intellectual radar.

With the apprehension that I may start sounding like a broken record, I will have to bring Marx up again. Yes, the quote on his grave, “The philosophers have only interpreted the world in various ways – the point however is to change it.”

The goal of true science is understanding; changing the world is engineering. With his statement, Marx didn’t only kill philosophy, but, eventually, science as well. It took over 150 years, but we are living in a world where the level of corruption in science is catching up with the level of corruption in philosophy and politics. The implication of Marx’s statement is that we should see the world not the way it is, but the way we wish it to be. In the world of Marx, the only reality is power. It does not matter what the truth is, it only matters what we want it to be.
It is no accident that the third branch of his system of delusions is called “Scientific Socialism”. When the Marxists say ‘science’, what they mean is the justification and the engineering of desirable outcomes. It has nothing to do with actual science or expertise.

Because actual science is not a deity, it is not monolithic, and pretty much by definition, has no certitude. There is no such thing as a ‘scientific consensus.’ By definition, science is in a constant flux, especially in situations of continuously emerging information, understanding and new knowledge. Consensus is in the realm of politics. The drive for consensus is propaganda, enforced consensus is dogma.

If you wish to understand what science actually is, you should consider the following books:

A little side-note:
As I was writing the above point, I wanted to link to a great TED talk of Ruppert Sheldrake about his book, just to find out that the video has been removed from the TEDx YouTube channel. You can find the video here, and Sheldrake’s defense against the accusations of the censors here. A perfect illustration of what Kuhn is talking about.

If science is the new God of the atheists, then scientists are their high priests. “Attacks on me”- says Dr. Fauci – “are attacks on science.” (@5:20)
….even though Dr. Fauci is not a scientist…. He spent most of his career as a high level manager of scientists and their projects. That’s a political position.
He is not a scientist and has no respect for scientists. He, social media, the main-stream-media and their so-called ‘fact checkers’ are viciously attacking actual practicing scientists who are questioning the corrupt, politicised narrative.

Science and scientists ARE NOT THE SAME! Scientists disagree. True scientists are unlikely to think alike. One of the most disgusting aspect of this scamdemic is the despicable treatment of actual scientists by the corrupt lackeys of big pharma, the globalists and the medias (mainstream and social).

Is ‘science’ good? Is it ethical? Can science go bad? Can it be unethical? Can it be corrupted? Was Dr.  Frankenstein a scientist? How about Dr. Moreau? Or to be a little more real: Dr. Mengele? How about the mRNA vaccines? How can we tell apart science from irresponsible and unethical experimentation?

The most important question concerning my niece’s thesis is the attitude it so clearly illustrates. Her thesis is not about understanding human behaviour, but about prototyping the ways of manipulating it.
In our universities, education is getting replaced by indoctrination aligned perfectly with the foundational ideas of Marxism. They are no longer in the business of understanding, but in the business of changing. Behavioral psychology, the engineering of human behaviour is a perfectly Marxist project.

The business of change needs an army of apparatchiks, the loyal, obedient little enforcers of the dogma as it is laid out by the (by now, globalist) nomenklatura. An army of machinists for the elites of social engineering.

There is no point in me dissecting her work which is destined to the fate of similar works. Its purpose is to demonstrate that she is one with the dogma, understands the catechism and is able to serve it faithfully.

She did that beautifully, with absolutely no sign of independent or critical thinking. She identified the problem: pre-existing beliefs and attitudes, personal concerns, distrust in science and selfish individualism.  Then she crafted different formulations of the message to manipulate people into accepting the dictates of ‘science’ posited as being either in the interest of the public, or the self.

In 2008, when Nudge was published, I watched a long debate with one of the authors hosted by the CATO institute. The authors called their ideas described in the book ‘libertarian paternalism.’
The book is worth reading and the debate is worth watching. I agree with the reviewers and greatly appreciate their critique of both choice architecture and behavioral economics.

I have a fundamental, ideological problem with the concept of choice architecture, but that is still better than the manipulative persuasion my niece is experimenting with.

I find everything about my niece’s thesis deeply offensive and personally insulting. Just as I find every single policy response and public health measure deeply offensive and personally insulting. I am offended by the manipulative sleaziness of the lies, the sheer scope of the unscientific stupidity, the virtue signaling obnoxiousness of the bullying, the oppressive, illegal authoritarianism of the ‘public-health measures’, the brazen partisan insolence of the privatized censorship and the shameless indecency of it all.

I am firmly opposed to these experimental, non-authorized, gene manipulating family of vaccines.
Not because I oppose the concept or vaccines in general, but because I am judicious about their use and find every single argument against these particular vaccines very convincing. Some of the arguments are well described in this overview of the Vegas odds. I addressed some in my previous posts “My covid nightmare” and “How I really feel”. You may also want to consider this 16 minute video presenting most of the considerations behind ‘vaccine hesitancy’. It is a little propagandistic and contains some errors, but it is mostly (99%) correct. (Trigger warning: when I shared it on Facebook, within seconds, a censorship label was slapped on it for containing “Disproven Claims And Decontextualized Information”)

As for my niece and her work, it just makes me sad. She is a bright and articulate girl, but clearly under the spell of the scamdemic narrative.
She successfully defended her thesis and is planning to go for her masters. I can’t wait to see how much more brainwashing she will be subjected to in the course of another few years.
Luckily for her, my opinion does not matter. As I said, the work she did was well done, and it was exactly what was expected from her. Her employment prospects are already looking good. I’m just not sure that I will be able to talk to her about any of it. Not because I would ever be opposed to it, but because I don’t know whether the damage university education done to her ability to think rationally is reversible.