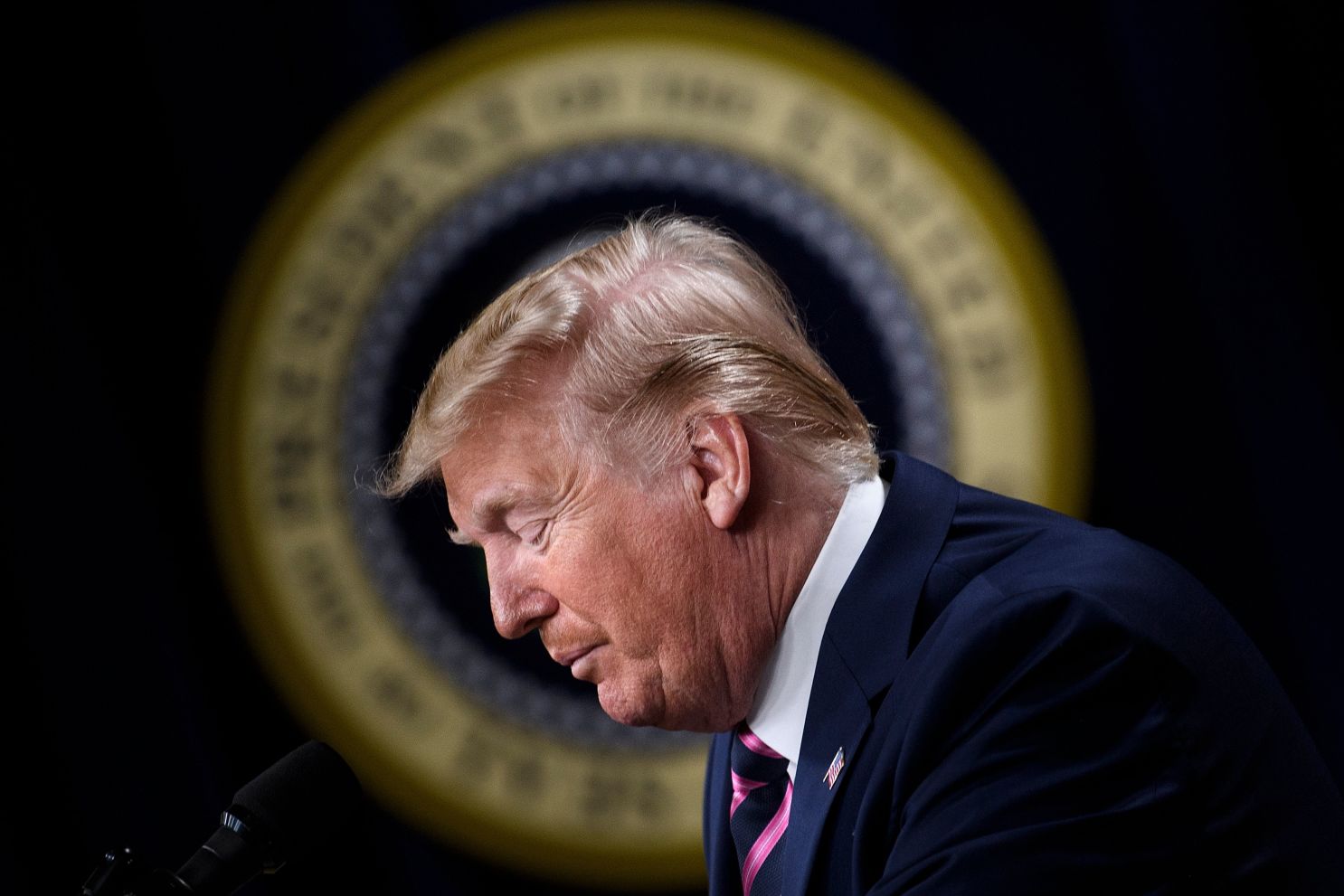 I got into a few interesting conversations recently about Donald Trump and the election mess the US is dealing with. What connects them, is the visceral hatred, disgust or anger about this one person. The reaction to his persona, his demeanor, his behaviour, his mannerism. Their viscerally negative reaction is beyond any reason. As if they were possessed by a demon preventing them from acting rationally. Some even found a name for this condition: Trump Derangement Syndrome.

Before I go any further, I must say that I don’t particularly like Donald Trump. I don’t like inarticulate speech, his apparent inability to finish a sentence without throwing a few comments in the middle of it. I don’t like his narcissism; I don’t like his boasting and I even disagree with some of his policies.
Yet, I also must say, that the demoncrats make me like him a little more every day.
The mean-spirited, vicious malice with which he is treated can only solicit one decent response: sympathy. Any decent person should be appalled by his treatment.

Donald Trumps is taking the viciousness of the demoncrats like Saint Sebastian took the arrows of Diocletian’s archers. Saint Sebastien has been revered as the protector Saint against plagues. Saint Donald performed the miracle of saving millions of lives from the Covid-19 plague. The heathen scientists assured us that 2.2 million people will die in the US from the pandemic. Saint Donald saved over 1,800,000 lives! When the possessed demoncrats saw his miracles, they lied about him and called him a murderer. They went on a murderous rampage, sending sick old people to old age homes to infect more of the vulnerable. The ones who did not have the power to do that, praised and idolized the ones who did.
When Saint Donald shared with the world the miraculous news that his prayers has been answered and a cure has been found, the cursed demoncrats called the miracle poison and prosecuted those who tried to spread the good news of its existence.

Saint Donald is doing God’s work, the tasks and duties he sworn on the bible to perform, yet for the demoncrats, no price is too high, no collateral damage in human lives and suffering is to much if it can destroy him. The demons want to rule the world. As Saint Donald pointed out: 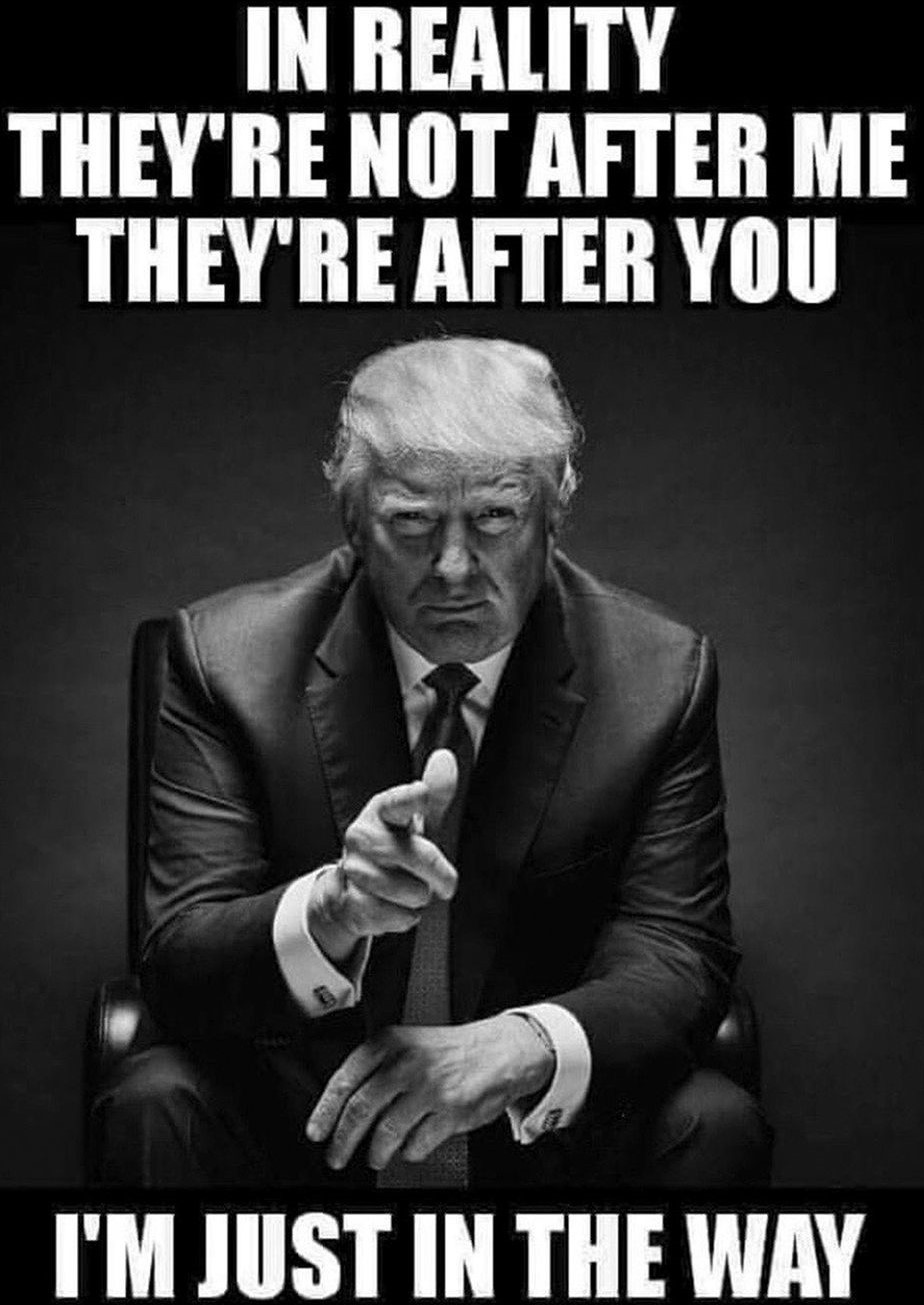 We can understand why the spawns of Satan are hell-bent on destroying his good work.
Interestingly, by picturing HIM as the devil.
He is evil, he does not care about anything but himself and he is just lying all the time.

One has to ask: what are the crimes of Donald Trump? What are his misdeeds? Where are the lies?
There are hundreds of lists enumerating them and I looked at quite a few over the past four years, but I am still looking for a claim that has any merit. The only things I can find on those lists are allegations, accusations, insinuations, misinterpretation, misrepresentation and outright slanders and lies.
The only thing I was able to conclude looking at these lists is that Trump must be the cleanest president since Dwight Eisenhower.

I would also be hard pressed to find another president with more respect for the law, processes and customs. When dinky little county judges motivated by political animus overrule decisions that are clearly within his presidential purview to make, he goes along with the process. When some obnoxious sleazy bully (like Jim Acosta) disrespects and mistreats him, he shows incredible (I could say saintly) restraint.

The case against Trump is nothing more than the dislike of him by his enemies. But how can simple dislike motivate such vicious hatred? It can’t be his hair, his mannerism or his personality flaws…But…, then…, what?
The only reasonable answer is the one summarized in the meme above. They are not after him, they are after you, he’s just in the way. After a bunch of progressives and RINOs in the white house, he is the first since Reagan trying to push back against the relentless advance of socialism, globalization and the corruption in Washington. In the past three decades, the left succeeded in taking over the media, education at all levels and Hollywood. Radicals infiltrated even traditionally conservative institutions, all government agencies, and the legal system. Soros spent billions on getting radicals elected as district attorneys.  He also became a major donor of information sources like Wikipedia. His organizations finance pretty much every ‘independent’ fact-checker. Universities are turning into indoctrination camps. The mass- and social media into malicious thought police.

Yet, despite their material and organizational successes, the left is losing the arguments. Whenever and wherever the left wins, people lose. Democrat run cities and states are turning into very obviously visible hell-holes. The left and the demoncrats hate Saint Donald because their ‘successes’ exposed them and pushed them into a corner.  The demoncrats hate Trump with the terrified, hissing venom of the possessed when holy water is sprinkled on them.

Trump is doing what the sane half of the country wants and needs, a push-back against the relentlessly advancing postmodernist, leftist, globalist agenda.
He survived the arrows of the left. The question now is whether he can survive the clubbing of electoral corruption. If he can, he should be beatified.
but….. wait ….. the left succeeded in taking the Vatican…….. The Pope may declare him to be the Antichrist!