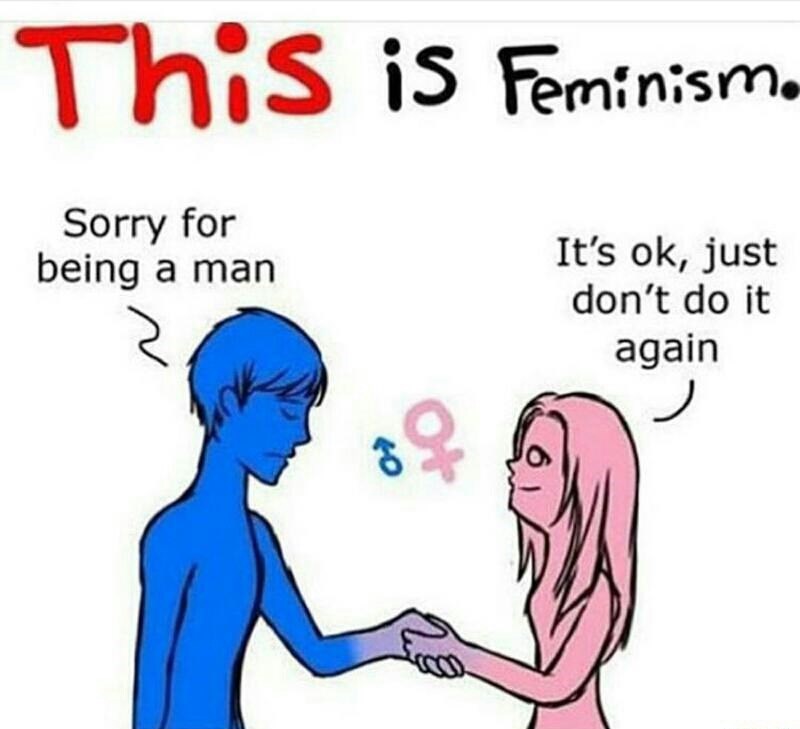 A few years ago, a female friend at a dinner party got seriously offended when I disagreed with her on something. She insisted that my disagreement is oppressive disrespect. She was wrong, she had no argument, but she insisted that we all accept her position on the subject because “she has the right to her opinion.” The situation was surreal, so I just tried to change the subject. She did not like that either. She wanted me to capitulate. That was third wave feminism in a nutshell.

Two months ago, An article was printed in MacLean’s written by Rachel Jansen in the society section:
“What my dissident dad taught me about privilege.” It has the attitude of my friend elevated to new heights. We could say that the problem with feminism is the fact that such hysterical babble can be printed in a national weekly, but we have to realize that the problem is not feminism per se, but the society that tolerates its hysterical excesses.

About eighty years ago, when Leopold Szondi created his test (named after him), hysteria was defined as a mental condition affecting mostly females. There are very good historical/biological reasons for the emergence of the diagnosis (improved living conditions and life expectancy, decreasing child mortality, fewer pregnancies and therefore higher exposure to hormonal fluctuations) but the points here are not the causes, but the cultural consequences of their manifestations.

What’s wrong with feminism is hysteria. The uterine disease, “the ungovernable emotional excess.” We once thought to have gotten rid of it along with other Victorian ailments, but it is making a strong come-back. As if the bubonic plague came back to hunt us. I can’t wait for the reappearance of smelling salts as a standard first-aid items in safe-space medical kits.
Just look at women’s reactions to political issues they disagree with. Just read the article linked above. The standard reaction of feminists to any disagreement is emotional excess. Not logic, evidence, definition of the problem, its parameters and the boundaries of the arguments. Disagreements are resolved not by reasoned arguments but by hysterical power plays.

Safe spaces are about hysteria, speech codes, protests and riots, shouting down speakers or preventing them from speaking; getting people fired for expressing unpopular opinions or stating uncomfortable facts are all hysteria.

Rachel Jansen did not convince her father of anything, she just shut him up. Her hissy-fit, her crying, her emotions – her HYSTERIA were just feminine tools to get her way without the hard work of articulating a position, presenting a logical argument, providing evidence to support it and overcoming opposition to it through more of the same: facts, logic and arguments. Power tantrums belong to the realm of politics.

What’s wrong with feminism is POLITICS. The recognition that winning by any means is more important than to be right about anything. The goal of feminism, let me remind you again, is socialism. The goal of socialism is communism. It may not seem that way yet, but that is the direction.
When feminists and the mobs they create can destroy lives and careers we must start getting concerned.
When we see ideologies that are opposed to the most fundamental concepts of civilization (truth, objectivity, logic), we should be alarmed.
When we see that the very foundations of civilization can be questioned or ignored, we should realize that we are fighting for our survival.

What’s wrong with feminism is the zeitgeist it helped to create.
We live in a world of steadily increasing uncertainty. The presumption of innocence is gone. Mere accusations can destroy lives. The rule of law is gone. Not only are immigration laws not enforced, but politicians demand that we ignore them institutionally. Not only are laws applied selectively, they are also used as a political weapon. Everything is politicized, and in the process, we are getting tribalized. There is no freedom of speech, and in Canada we already have enforced speech laws.

Women are not responsible for this state of affairs. Even feminists cannot be blamed for it alone, but they do play a significant role in the post-modernist, cultural Marxist crusade against civilization.

I don’t think that I can emphasize this point enough: feminism is Marxism, the political ideology of divide and conquer, of constant conflict and the capricious use of political power.

It is dangerously naïve to think that feminism is about being nice to our gals and helping them more with the diapers and in the kitchen.

What follows is a long list of references to further source materials. Go wild exploring them.

The denial of reality

The distortion of history

Roy F. Baumeister: Is there anything good about men?
(https://www.amazon.ca/There-Anything-Good-About-Men/dp/019537410X/)
This book is not about feminism but a book in defense of men.

History and theory of feminism
Women Initiate Divorce Much More Than Men, Here’s Why

#HeToo… What Feminists Don’t Want You To Know – YouTube

Why Women Destroy Nations And Civilizations

Women Love to Objectify Themselves- Here’s Why

Hypergamy, Shit-Tests, and All Women Are Like That – Pivot or Climb

Why women – including feminists – are still attracted to ‘benevolently sexist’ men

Men not marrying- How deep does -the problem- go- – Karen Straugh

The war on men

The paternity myth- the rarity of cuckoldry – Gene Expression

Marxist Feminism, Marriage and MGTOW – YouTube
“modern third wave feminism is nothing more than Marxism in a skirt”

How can we save men from depression and halt the suicide epidemic …https—www.telegraph.co.uk › Lifestyle › Men › Thinking Man
The silent epidemic of male suicide – British Columbia Medical Journal

The war on boys

The wage gap and job equity

Equal Pay Day- How Much Women Lose Over a Lifetime – Time

The Truth About The Gender Pay Gap
Stefan Molyneux – chatty as usual, but it has the numbers

Redux- Women can do anything Men can do, so why don’t they- Independent Man • 1.4M views – excellent lists of occupational preferences
Women in Real Estate- Dominating the Industry, Still Facing Pay Inequality – Real Estate Express

What my dissident dad taught me about privilege- – Freedomain Article Rebuttal

What my dissident dad taught me about privilege – Macleans.ca

Fertility Rate – Our World in Data

Ben Shapiro- Women Are Winning the War on Women – YouTube