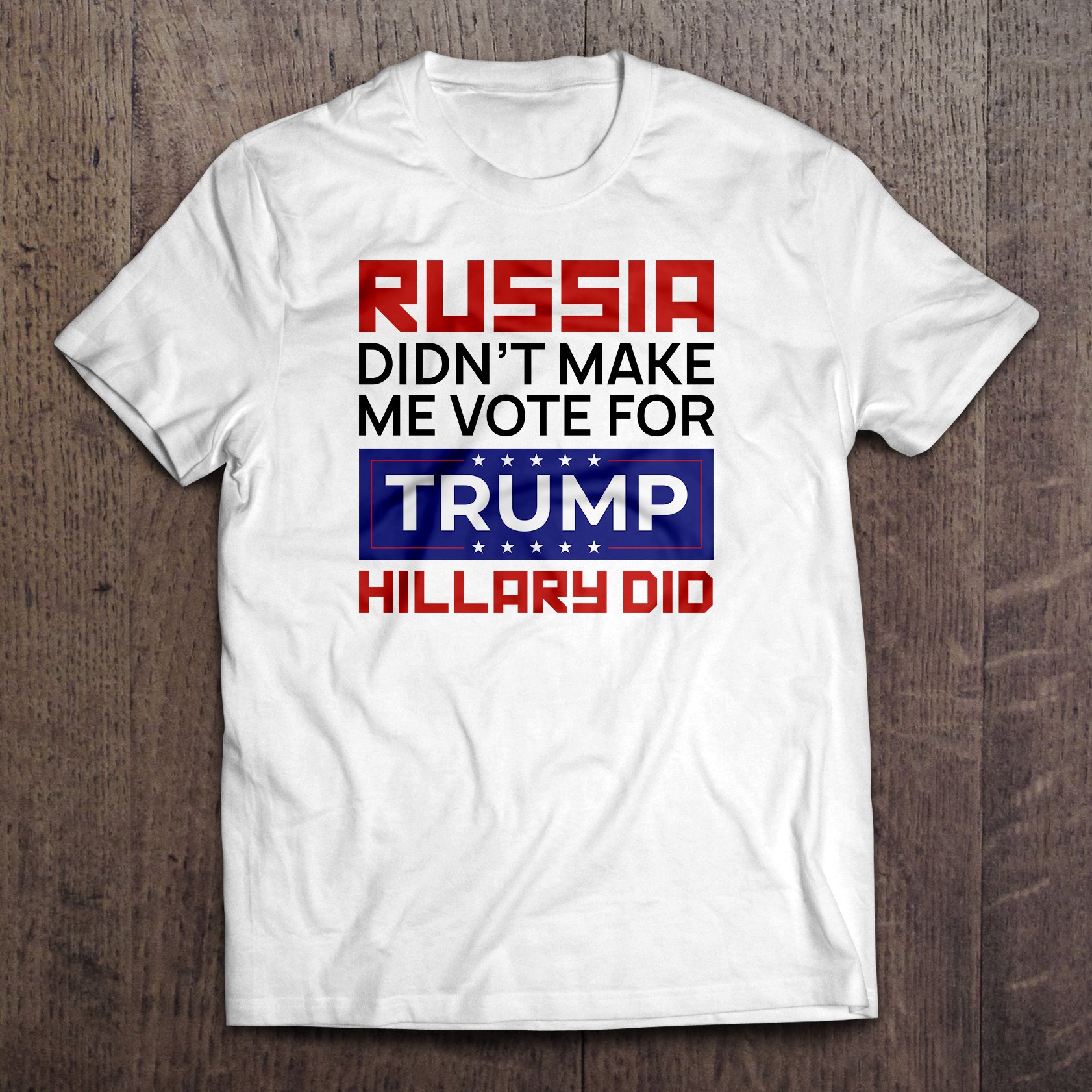 France is not the only place with protests. The Hungarians are protesting too. These protests are very different, but bring up similar questions about the nature of democracy.

I encountered the question, the one that is called a ‘scandal’ by the local media, in a Facebook post of a liberal friend.

“I am saying since 2010 that an anti-democratic, anti-republican and anti-parliamentarian legislative assembly must not be legitimated by the presence of the representatives of the democratic, republican, parliamentarian parties.
[……]
Let’s start building parallel institutions for a new historical starting point”

Sounded ominous. Somewhere between the “not my president” meme of the American left and an outright call for revolution. I had no idea what he was talking about, so I looked into it.

The usual. Fake news, fake hysteria, fake outrage. Real but pointless and ineffectual protests over legislation that I, as a libertarian, would consider both legitimate and positive.

Under the Fidesz government, which is undoubtedly arrogant and authoritarian, the economy is doing quite well. It is doing well DESPITE heavily restrictive labour laws. The Fidesz government decided to reform the labour laws, to make them a little less restrictive, more market friendly.
Hungary is doing so well that there is a serious labour shortage. Reforming labour laws was an economic necessity. The opposition tried to sabotage the vote on the reforms through some procedural obstructions, but they got outmaneuvered by the ruling party. That is when all hell broke loose. The opposition got into a hissy-fit, trying to make the vote physically impossible by occupying the pulpit from which the vote should have been conducted by the speaker of the house. They were shouting, stomping, making noise, blowing whistles, behaving like a bunch of two years old throwing a power tantrum. They behaved like the inarticulate student protesters against free speech in US campuses, like the BLM, Occupy Wall Street and all the other Soros funded “grassroot” movements. Then they cried abuse of power when the speaker readied the house-police to deal with their disorderly conduct in case it gets out of hand. (You can watch a whole hour of the spectacle here.)

Any reform of labour laws, any liberalization will fly in the face of labour unions, so their leaders are also crying bloody murder. Some claim that this may be the end of labour unions in Hungary as the new law is rendering them powerless. Looking at the pictures of the protests, all one can see are labour union placards protesting the ‘slavery law’. 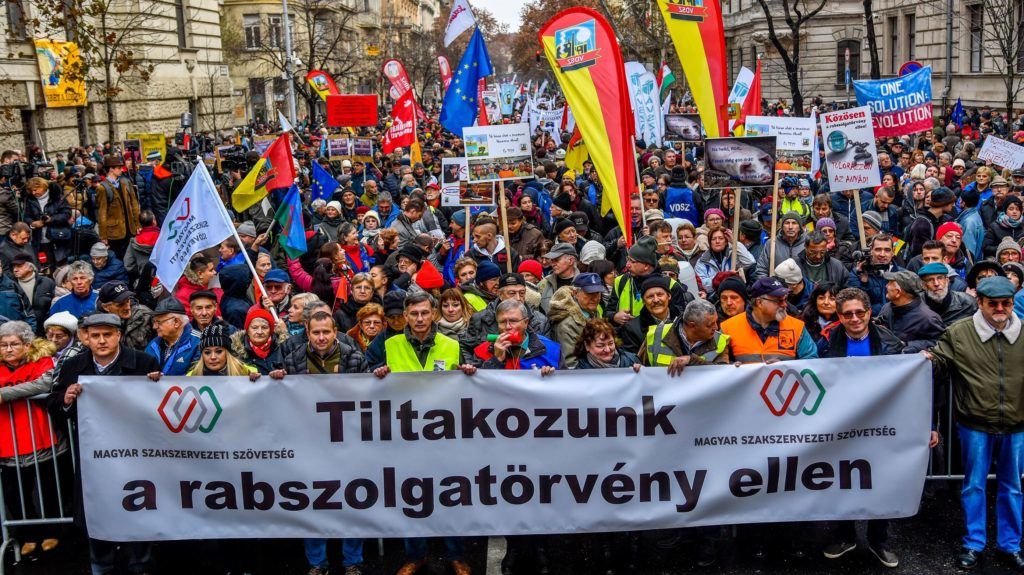 I have no way to find out to what extent was this new law designed to hurt the labour movement, to what extent was this a political move to further eviscerate the left, but that does not really matter. What matters, are the questions this ‘scandal’ raises. Note the sign on the top right of the picture above: “One solution, revolution.”

Is revolution the answer? Denying the legitimacy of a dully elected government? Communist slogans quite explicitly asking for violence? And what would the revolution be about and against? Are they calling for a communist revolution? If all they want is to throw out this bunch of crooks to replace them with the ones to their liking, then they shouldn’t call it revolution. The proper name for such irregular transfer of power is a ‘coup d’état.’

The question was part of the Facebook discussion that started with the FB post I translated above. Someone asked: “Wouldn’t a single party system be better than this pretension of democracy where the ruling party has an absolute majority?”  Some wanted to ‘shame’ the government into changing its mind, some wanted “to draw a line.”
Funny that. I thought the line was drawn at the ballot box when today’s opposition found itself on the STFU side of the line.

One of the permanent visual memories I carry around in my head is the moment that ended a conversation with my sister. I was trying to explain to her the rationales behind the call for small governments. I tried to tell her that it is not a very good idea to give too much power to the guys she likes, because those powers may be turned against her by the guys she does not. At some point she stopped me with utter desperation on her face, with slightly trembling voice saying with heavy emphasis on the expression “but my dear, this is the soooocial contraaaact!!!” Well, indeed it is. She shouldn’t have so many problems living with it. Should I have explained to her that Rousseau’s quasi supernatural ‘general will’ was the first articulation of Mussolini’s definition of totalitarianism? “Everything within the state, nothing outside the state, nothing against the state”?

Being in opposition should be the time to reflect on the causes of failure, but I am afraid the left will never learn. Leftists are far more constrained by the internal logic of their ideology than the right is by theirs. Control, centralization and redistribution create problems that they can only envision to solve with more control, centralization and redistribution until they reach the communist end-goal of total ruin. (See Venezuela, the country with the world’s largest oil reserves, which managed to get to a communist dystopia via the ‘democratic’ process in less than two decades.)

Instead of trying to figure out what their voter base is and why, what do they have to offer to them and what sort of compromises are they ready to make to succeed, the conversations of the left in both Hungary and in the US are about political strategy. There is no self reflection. No search for a better vision, a better goal, a better message. It is all about the fight of getting the power back at any cost. It is all about denigrating, ridiculing and vilifying their opponents and, by extension, the basket of deplorables who voted for them.

Everybody in the left believes in the social contract, but they have a strange perception of it. As long as they are in power, there is a social contract that binds everybody, but the moment they are not in power, a miracle happens: on their side of the line, there is no social contract any more and the response called for is ‘one solution, revolution’ so that the volonté can be made générale again.

While it would be difficult to trump their performance on the parliament floor, walking out would do it.
Would it be the answer? If not, what would? Let me try to answer that in another post.

As I was writing this, I discovered that the October issue of The Atlantic was dedicated to this very subject. No, not the disgraceful circus of the Hungarian opposition parties, but to the question of democracy in our strangely divided world. I also got some fascinating insight from two speeches of Peter Zeihan, this one and this one. Finally, I received this sadly stupid piece of  Kis Judit Ágnes (in Hungarian). This vomit of malaise and angst is a perfect illustration of the cluelessness of the Hungarian left, which is indistinguishable from the cluelessness of the left in the rest of the world.

Clearly, I will have to revisit this subject. If you do not want to miss it, click on the Sign up button.