◀Artificial Intelligence vs. Programmed Stupidity
Israel, for what it's worth▶ 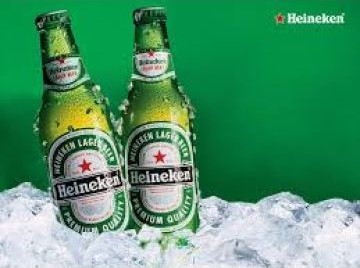 Another weekend on the Bruce peninsula, another cultural experience. In some of the busier parts of the peninsula, about 80% of the people I met were clearly first-generation immigrants. Indians, Arabs, Sikhs, Africans, Russians, Chinese and whatever else was not obvious to identify. I was there with my Mexican relatives. I am an immigrant myself, it is just not obvious from the way I look.
I was hanging around in a busy spot, a narrow access point to the water, waiting for the Mexican love-birds to soak in the beauty of nature. Two guys were drinking beer a few steps from me. At some point I noticed that they have left, leaving two empty Heineken bottles behind.  There were several families with small children. If any of the kids, running barefoot on the rocks knocked over the bottles by accident, the one following would have been for sure injured. Eventually I picked up the bottles and carried them a few hundred meters until I could dispose of them safely.

The incident, naturally and yet again, made me think about the future of Canada, about the effects of large scale migration. Scale matters. The behaviour of our immediate surroundings has a significant influence on our attitudes and behaviour. Acculturation, the melting pot idea, works best when it works on individuals. If you are surrounded by a large cohort of people from your own ethnic background, it is more difficult to acculturate to the larger cultural environment.

Culture is a collection of many small and a few big things. How you dress, how you eat, how you behave, how you interact with others.  How you see yourself, your culture, and your place in it. What you consider appropriate behavior, a moral act or a taboo.
The big things are your first language, the history and the belief system of your culture. These big things of culture are important, but the small ones make the most difference.

If you grew up with the idea that the world is your garbage dump and your toilet;
If you believe that uncovered women are whores and that men cannot be expected to control their sexual urges;
If you believe that it is a moral act to kill certain people;
If you believe that certain groups of people are inferior to you;
if you only interact with people who think the same way
AND
if there is nobody to tell you otherwise,
then it is difficult to imagine how can you possibly change your ways.

The wisdom of multiculturalism is that you shouldn’t have to because all cultures have an equal value and whatever differences we may have can only enrich us.

In our pathological fear of being perceived as intolerant, we conflate people, cultures and ideology. While cultures and ideologies can only manifest themselves through people, people, their customs and their ideas are NOT the same thing. If I disapprove of someone wearing a hijab, that does not mean that I dislike the person, only that I dislike the practice. A practice that I find insulting, a practice that is entirely in her power to change. This is a distinction that the multi-culti left refuses to acknowledge.

In their ‘enlightened’ world view, there is no difference between throwing your garbage on the ground or carrying it to a waste-bin. Admiring female beauty or shaming women into garbage bags. Pride parades and killing the gays. Monogamy and government sponsored polygamy. Freedom of speech and sharia. Trust and corruption. In the grand scheme of things, they are all the same and the greater variety of cultural attitudes we have, the more enriched our own culture will become.
Except it does not work. In all of the above cases, I cannot believe both. I have to make choices or accept the fact that I have to withdraw into the cocoon of my own cultural values and let the world around me turn into something I expressly despise. I have to accept that I live in a place without a generally accepted value system.

And herein lies the question: what is our image of Canada? What is Canada? What are its values? The few that we are ALL supposed to share. The ones we expect every new immigrant to understand, value and protect. Our prime minister sends out seriously confused messages. We are supposed to be ashamed of whatever values we thought we had.  We are supposed to have no values of our own, except the virtue of not having values of our own. Unconditional openness paired with self shaming. Our greatest virtue is self flagellation, to the point that we may even get a statutory holiday celebrating how despicable we are.
Which raises another question: Are the new immigrants supposed to feel guilty about the residential school system? Am I? It ended before I got here. Are the new immigrants supposed to pay for the past sins of Canadians? Isn’t that an expectation of values? Taking responsibility for something they had nothing to do with?

This is not what I came here for thirty some years ago. I came for “True North Strong and Free.” I came for the loyal independence. Not for the virtuous self-loathing perfectly embodied in Mr. Dress up. The idea of Canada is dying in front of my eyes. Its history is dying as it is getting slowly rewritten.

Like the empty Heineken bottles, we will end up on the rocks.

2 replies on “Heineken on the rocks”