◀The triple-U of free trade
Artificial Intelligence vs. Programmed Stupidity▶ 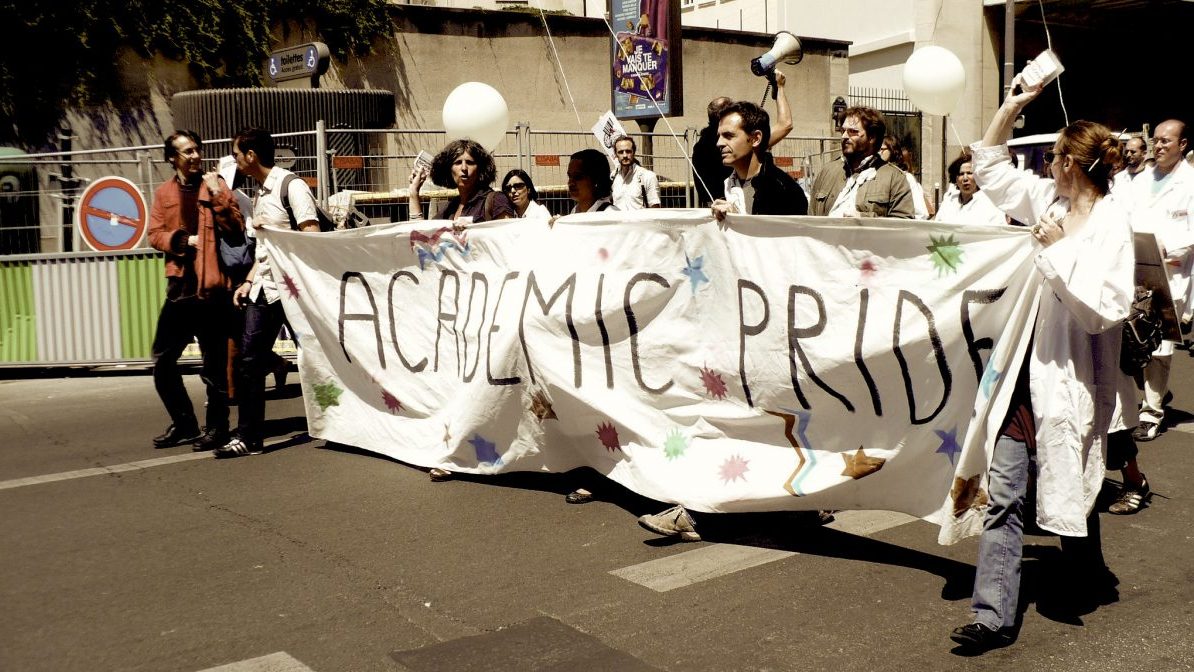 A few months ago I was supposed to read Bryan Caplan’s “The Case Against Education” for a libertarian book club meeting. Since I read Charles Murray’s “Real Education” shortly after it was published, I did not think that it can offer me much new information, but it did.
Both should be read. Caplan’s book has a different approach but arrives to the same conclusion as Charles Murray.

The central message of Caplan’s book is the observation that the main role of education is signaling employability. The result of the signalling function is credentials inflation.

Just recently, I received a painful reminder of Caplan’s point. The daughter of a friend asked me to review her master’s thesis on “Employee Turnover and its Effects on Work Morale and Commitment in the ***** Industry”

She asked me to review it for its English, which is her second language.
Her English is fine, but the content horrified me. I could not believe that I was holding a paper that could be the basis of an advanced degree. Luckily, I was not asked to comment on the content which would have been pointless at that stage anyway. The day after I gave her my comments she submitted it; a few weeks later she defended it and she was granted a degree as a Master of Science in Business administration. She was not happy, as she was expecting a better grade than what she got. I would have not only flunked her but would have also considered firing her thesis advisor.

Which is the point that needs to be addressed. What was the role of her thesis advisor in this process? How is it possible that nobody pointed out the lack of properly analyzed background research? Or helped her to formulate a thesis? Or to suggest to her to take some quick on-line course on the use of Excel? I could go on bitching about a number of basics that she was obviously not taught.

Reading through the paper was torture, but as I was getting through it, I had to realize that the shortcomings of the paper were not her fault. I lay blame on the system that was (NOT) educating her.

Hers was not the first such work that I was asked to review. My son also asked me to review his diploma work about tourism. He slapped something together in a few days on a subject he didn’t really care about. It was revoltingly sloppy, but he also passed. His work was bad because he didn’t care, hers was bad because she tried to comply too hard. In the end neither mattered. Nobody cares about these diploma works. They are just the final hurdle to get over. The only thing that matters is for the student to prove that if he is told to jump, he will comply.

The practical essence of higher education is this signaling function:

“The signaling model, in contrast, advises you to finish what you started. In our society, graduation is a sacred milestone. Graduation tells employers, “I take social norms seriously—and have the brains and work ethic to comply.” Quitting tells employers, “I scorn social norms—or lack the brains and work ethic to comply.” If you graduate, the signaling model says the market will lump you with the winners and pay you a special diploma bonus—often called a “sheepskin effect”………….”
(Bryan Caplan)

The point isn’t simply that the human capital/signaling ratio is too heavily tilted toward signalling – as Caplan points out; nor is it that we are deluding ourselves by under-emphasizing the importance of ability – as stressed by Murray.
The point is that the system does not seem to care.
The point is that universities have realized that their job is not to educate but to signal.
The point is that they don’t even do that particularly well any more.

I can agree with the Caplan estimate of 80/20 signaling/education ratio.

Universities are not paid to educate, but to mold a compliant, conformist work force. To produce the 80/20 results, 80% of the efforts have to be dedicated to produce the signal:

The ratio hasn’t always been this far off balance. The takeover of academia by the radical left is what distorted it out of any reasonable proportion. The change in this ratio also explains the fast rise of the cost of education. Its rise is triple the rate of inflation. Between 2006-2017 student debt in the US tripled in absolute terms and doubled as percentage of GDP.

Most of the cost increase is due to the disproportionate increase in administrative staff. The ones who enforce compliance, provide the safe spaces, ‘equity’, ‘diversity’ and all the other social goods sensitive students need.

In the universities today, the education of students is a secondary role. The primary role of the institution is to create the credentials the market needs. There is a growing demand for those credentials and a declining supply of qualified students for them. As the number of students increases, the average aptitude pretty much by definitions must go down.
As the average goes down, the expectations and/or the quality of the teaching must go down as well.

As Jordan Peterson likes to point out, the two best predictors of success in life are intelligence and conscientiousness. I doubt that the author of the thesis I reviewed will pursue a Ph.D. in the science of Human Resources management which means that this is most likely the highest degree that she will try to sell herself with on the labour market. She is fairly intelligent and conscientious but I am not convinced that she needed this degree to do the work that she will end up doing. An IQ test, a personality test and some testable subject specific training could have achieved in a few months what she accomplished in several years of university education.

The whole enterprise of higher education (in anything other than STEM) is just a gigantic hoax, a self-serving racket, a colossal waste of time and money.
The only thing that can reform it is forcing it to survive on its own.
No government involvement whatsoever.

After finishing this post, I was listening to an interview with Jordan Peterson from the Aspen Ideas Festival.

Question: Should we abolish universities?

Peterson: they’ll do that themselves.

Question: Okay let’s hear a little bit about what they’ve done that you think renders them beyond forgiveness.

Peterson then goes on making basically the same points I did above and then some.
When I share Dr. Peterson’s views on the matter and his anger about it, I also share his optimism. Universities as they exist today will not be able to go on much longer the way they do.

The alternatives are already on the horizon, and they are already solving some of the problems of brick and mortar institutions. Just look at the male/female ratio on this chart: