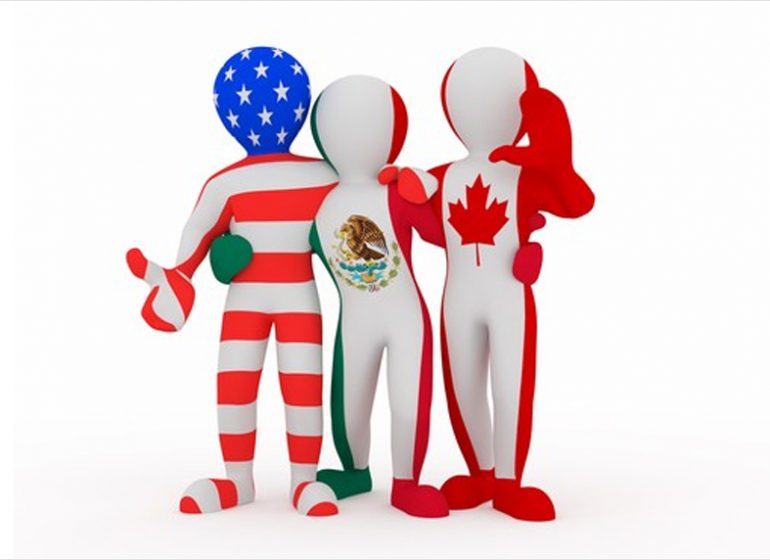 It is fascinating to watch disagreements where both sides are spectacularly wrong. It usually involves a fair bit of dishonesty.

Free trade is supposed to be a good thing, and trust me, it is. Any reasonable economist would tell you that it is. It brings peace and prosperity. Usually.

Unfortunately, just about everybody is lying about free trade. They have to, because free trade agreements have nothing to do with freedom and everything to do with politics. Free trade is an emotional idea that people are supposed to love or hate. It is either the freedom to trade and prosper, or the uncontrolled freedom to exploit.

Every so-called free trade agreement is just a complicated government cartel contract. An agreement to harmonize and in the process universalize certain aspects of government policies and control over the economy. Once a country puts certain labour laws (for example) into a trade agreement, it made those laws a lot more difficult to change.

Political parties have strange relations with the idea of free trade and free trade agreements.
The left hates the freedom/free market aspects but loves the globalization of policies aspects.
The right loves the free market aspects but hates the regulatory provisions.
Both sides will happily compromise on the crony capitalism and the internationalization of their pet regulations. Overall, the left protests free trade far more than the right as it can slow down their march toward socialism.

The NAFTA talks are breaking down on issues such as what percentage of automobiles should be produced in high wage locations; on environmental and labour laws and agricultural subsidies. The US may have a problem with the Canadian agricultural marketing board system while the Canadians can clearly object to US crop subsidies.
Dairy products are cheaper in the US than in Canada, but you have to ask why? The prices are driven up in Canada by the marketing boards, while they are driven down in the US by the availability of cheap, subsidized feed for the animals. And these are still real concerns. Unlike, let’s say, the labeling of marmalade and parmesan cheese, the shape of bananas or the ability to work on a construction site without your T-shirt on.

The European Union touts itself as the greatest free market in the world. Except when it comes to bananas that do not conform to the rules of prescribed curvature. And about a million other ridiculous rules. The cost of the ‘free’ trade in Europe is horrendously high. Regulations are raising the cost of just about everything.

Free trade agreements are both opposed and hijacked by special interest groups as they are trying to minimize the threat of competition and maximize the reach of their special status at the same time. None of that has ANYTHING to do with freedom.

Free trade is attacked on the premise that it will hurt domestic producers. Strangely, nobody seams to care about consumers who could only benefit from it.
I still cannot understand why should we be concerned by another country’s taxpayers giving us a present? What is wrong with accepting subsidized products? If the US wants to subsidize …. whatever…. why should I as a consumer object to it? Not only should this NOT be an argument against free trade, it should be the greatest argument for it! In the end, it will benefit us and hurt them! What’s wrong with that if they are doing it willingly? But consumers have no voice in this debate because they are a diffuse entity. Unlike well organized special interest groups who always work against the interest of consumers.

Hong Kong and Singapore are the two places where we can call trade free, but then again, we need to ask why? That is because they are traders, not producers. They have no resources, no industry to speak of and no land. They don’t have the special interest groups that typically hijack trade negotiations.

Producers have very strong incentives to use politics to maximize their profit. Special interest groups have very strong incentives to advance the cause of the group whose interest they represent. Political influence usually works best within jurisdictions where that influence can be exercised. Trade protection is how politicians ‘pay’ for the support of specific special interest groups.

The only legitimate use of trade agreements (in my humble opinion) is the mutual assurance of legal protection, the assurance that disputes between trading partners and companies will be handled in an equitable manner in both jurisdictions. While this is a noble goal, it can easily be derailed by special interest asking for the same degree of legal ‘protection’ from foreign competitors that they enjoy from domestic ones.

That is another special advantage Hong Kong and Singapore have. They do not have domestic anti-competitive regulations that are the subject of most free trade negotiations.

Free trade does not need ANY agreement. ANY country can declare at ANY time that it will not put up ANY barriers to trade from ANY country.

Who you trade with is a unilateral decision. It does not need agreements. Just say no to tariffs!
Let me say it again: free trade negotiations are not about free trade. They are about politics.
It is about the political protection of the economic interest of your PRODUCERS against the interest of your CONSUMERS. And so it is on the other side.