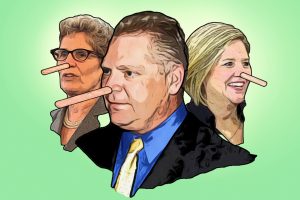 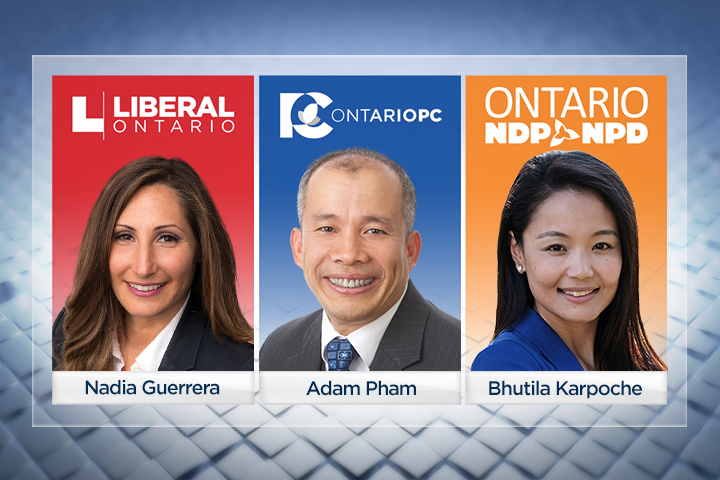 Are these people liars? Without a doubt. Are they real liars or just puppets with the long nose telling us what we want to hear?

I went to two debates in my riding and I tried to watch the leaders’ debate. I honestly tried but could not take it for more than 20 minutes. I don’t think I missed anything.

In the second local debate I went to there were six candidates present: The BORG, of course, (Blue, Orange, Red, Green) but also a Communist and a Libertarian. The conservative and the libertarian candidates were completely overwhelmed by the four statists.

Of course, they were all lying. If I would add up the cost of everything they promised, the deficit would triple overnight. Does it matter what they promised? Not really. Will it matter when they break those promises? Of course, it won’t. They will never be taken to account. Nobody will call them liars, they will never have to take responsibility for ANYTHING they say at these debates.

The libertarian tried to make the point about the level of the debt, about the fact that Ontario is the most indebted subnational government in the world, but his point met with the collective impersonation of the Homer Simpson blank stare.

The conservative candidate, a Vietnamese immigrant, tried to make the conservative point that this is a land of opportunity for those who work hard. He was viciously attacked by a mob representing (apparently) the Vietnamese ‘community’

Let me have a little aside here. The attack on the conservative candidate was truly distasteful. The ‘community’ was shouting him down, calling him a liar, the ‘community’ was disturbingly uncivil.
It did not seem natural. It very much felt like a staged and orchestrated attack.
I had the feeling that the candidate was like me as an immigrant. I am Hungarian, but I never had anything to do with the Hungarian community. I never had any interest. I live in Canada because I had reasons to turn my back on Hungary. I can imagine that Mr Pham feels the same way. He was genuinely taken back by the viciousness of the mob. Why was the ‘community’ so angry?
Is it possible that some community organizer found her way to their heart and ‘community’ interest?
What would happen if I ran and represent a direct threat to the hegemony of the party holding this riding? Would it be possible that some community organizer could rile up her Hungarian supporters to protest my candidacy?
When I was running in 2007, I caught a ‘homeless person’ stealing the libertarian sign from my front lawn. He was in total distress and eventually I let him go without calling the police. I represented no threat to anybody, yet one of my opponents was still concerned enough to hire a bum to steal my lawn sign. Would you care to guess the color of her party?

Politics is dirty. Really dirty. Socialist, progressive, communist politics is especially dirty.
But in this ‘debate’, none of that mattered because it wasn’t a debate at all, but a bidding war for power.

Who will spend – I mean ‘invest’ – more money into whatever we can think of: health care, education, affordable housing, affordable energy, living wage and Universal Basic Income, protection of the environment, fighting climate change and drug addiction, you name it.
Nobody wanted to know where the money will come from. I don’t think anybody in that audience cared.

In this speech of Stephen Holmes, he shares an anecdote of Albert Hirschman, who when traveling in Brazil saw a sign saying: “We are tired of austerity, we want promises.”
That is what this audience wanted as well.

We could start blaming the candidates of the socialists, liberals, the greens and the communist, but that would not be fair. They gave the audience exactly what they asked for.

With their questions, the public kept asking for more:

The above quoted Stephen Holmes also said that politics is about promising, disappointing then managing the disappointment. 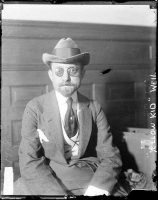 “I never cheated an honest man.
They all wanted something for nothing, I gave them nothing for something.”

Just like the marks of ‘the yellow kid’ Joseph Weil, we want our politicians to give us something for nothing and in return they give us nothing for something. Yes, politicians lie, but who are the stupid marks in this setup? In the confidence game of politics, the real liars are the voters lying to themselves.
Let me leave you with another quote:

We have to change culture before we can change politics.