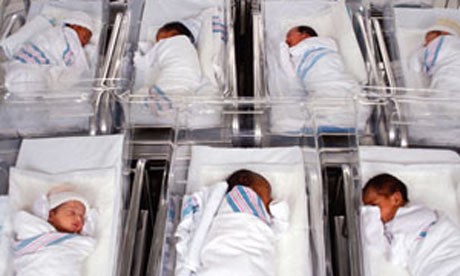 I wish I could claim authorship of the title of this post, but I shamelessly plucked it from an Economist article: “In defence of the childless.” The July 29th issue has another article (The rise of childlessness) to reinforce the “there is nothing to see here” message.

Although his name was not mentioned, the first article was centered around a meme Mark Steyn introduced a few weeks ago in his post: “The Biggest Issue of our Time” pointing out how the childless leaders of Europe are indicators of their nations easily foreseeable future.

Mark finishes his speech with the following:

“Now you might disagree with me and if so have at it!
Tell me why, tell me that I’m wrong; Tell me where I’m going wrong but don’t do what the media do which is to react to the biggest story of our time, the demographic extinguishing of the people who built the modern world, and they don’t even write about it.
If there are two sides to this story then let’s hear the other side but right now it’s the biggest story of our time and no one is telling it.”

Indeed, there is no conversation and there is a reason why. The Economist presented another side, but I’d say there are more than two sides to the story.
The Economist answered Mark’s question, it spelled out its position: there is nothing to see, nothing to worry about. Anyone with a concern must be a kook or a racist right-winger.

Few things could indicate more clearly that we have a serious problem than some Economist articles trivializing them.

….is fairly straightforward: The West is a decadent, declining culture that lost its will to live as evidenced by its sharply declining birth rate and its political reaction to it. Its leaders are either clue- and careless or cynical opportunists. Mass immigration from grossly incompatible and often outright hostile cultures with aggressively high birth rates will replace the population of the Western world effectively eliminating western civilization. Politicians and the media are doing a great disservice to their people by not taking this problem seriously.

His question is not WHY is it happening, but why can’t we even talk about it?
The answer to the second question may be revealed by the answer to the first which can be any or all of the following.

Let me start with pointing out that declining birth rates aren’t necessarily a problem. Birth rates can indeed go up and down, cultures ebb and flow. Although through most of history, those ebbs and flows were results of natural disasters or political strife and not declining birth rates, it could be argued, that left to its own devices, without external interference, cultures could recover from low birth rates.
The population of the planet was below a billion ‘till 1800. It is now over 7.5 billion, almost tripled in my lifetime. The growth has slowed down and it is projected to stop at around 12.2 billion.
But who is to say what’s the optimal population size? Especially considering our increasing life span. The planet can easily feed 12 billion people but could exist just as happily with 5 or 3.

Low birthrates are the symptoms, not the causes of cultural decline. The causes are the ever-expanding role of politics and the state, the centralization of power, the welfare state, the entitlement Ponzi schemes, over-regulation, over-taxation, feminism, environmentalism and cultural Marxism, to name just a few. In a traditional, free society with a minimal government, a low birthrate would not be a problem. In a free world, personal responsibility, family and civil society would make birth rate and population size irrelevant.

Every time we think that Malthusianism has died, like Frankenstein’s monster, it gets jolted back to life.
The limits to growth, The Population Explosion, Silent Spring are just the most prominent examples.
We are told that the planet has too many people and the way to save it is not having children. The environmental movement put a serious guilt trip on several generations by now. The self-loathing message did get across, birth rates are plummeting. The environmentalists were successful convincing the developed world that humanity is the problem. They only forgot to tell that to the Muslims and the Africans whom they are actively helping to multiply. Only the Western world is supposed to die, because if it did, we could be close to nature again. Since the ideas and the assumptions of the environmentalists are flawed, they cannot win debates. They can only shout and get violent.

The environmentalists believe that humans are a planetary disease and cannot talk about the subject without questioning this most sacred tenets of their faith.

#2 – the Cultural Marxist side

The neo-communist message is the same as the original: equal outcomes, zero sum games. The Marxists of today want the same thing the Marxists of old did: a globalized earthly paradise where everybody is equal, where everybody behaves the same because Marxists believe that we ARE all the same. The Marxists, who by now infiltrated the media, education and government bureaucracies consider multiculturalism, the social safety net and the support and liberation of an ever-expanding list of victim groups as glorious achievements toward their sacred goals: the destruction of the patriarchy, capitalist exploitation and right-wing tribalism.
The Marxist cannot talk about it without revealing their agenda, the fact that the issue is never the issue. The issue is always the revolution.

Mark likes to refer to a movie that also happened to be one of the favorites of my youth: “If….” It is set in a British boarding school where one of the jobs of the freshmen was to warm up the toilet seats in the unheated washrooms for their elders. He likened that to the way politics works in Western democracies. The only role of conservatives is to keep the seat warm for the socialists. The left-right circus is just a ‘two steps forward one step back’ shuffle on “The Road to Serfdom.” They will not hesitate to set the course for civilizational collapse in the future as long as their actions give them votes in the present.
The politicians cannot talk about it without admitting that they are frauds, whose ONLY goal is to increase and perpetuate their power without any actual regard for the constituents they claim to represent.

Power in a communist state is strictly hierarchical. Structured power is more predictable than democracy. It also works best when it is concentrated. Being a bureaucrat is preferable to being an elected politician. Democracy works best when it is local, but not for the politicians who have to take responsibility for their decisions. Politicians like to have power without responsibility.
They like to be dependent on higher levels of government. Politicians at higher levels like the fact that they cannot be held responsible for the matters of local concerns. It is a blame-exchange game. The ultimate goal of the globalists is a global government with loyal vassals implementing their enlightened plans.
The globalists cannot talk about the subject without exposing their totalitarian ambitions, their drive toward making democracy meaningless.

In 1992, just three years after the fall of the Berlin wall, Francis Fukuyama declared “The End of History.” The decadent liberals of the West had no reason not to buy the argument and rejoice. With their ever-expanding choices of lattés and early retirement options, they never had it this good. All they have to do is to vote for more. More promises, less ‘austerity’, more deficit spending, more virtue signaling. And they can do all that with supporting their elected politicians in robbing Peter to pay Paul.
Mark says:

“… as Tom Wolfe wrote a few years ago, Europe has essentially climbed out of that stream (…the stream of tradition…) it has broken that compact; it created a perfect euro utopia for the moment and it’s living in the present tense. It’s trying to hold the moment like Goethe’s Faust but it can’t succeed in doing it.”

Liberals cannot talk about the subject without considering the possibility that they may not be able to hold onto the moment, without facing the fact that their selfish hedonism helped creating the problem and their phony altruism is just cowardly hypocrisy.

There is not a single country in the OCDE with their finances in the black.
The OECD average debt is 106% of GDP.
Every developed country suffers from the disease of Keynesian economics. Politicians think “in the long run” hoping that they will not be in office by the time the bills come due. The pension systems are all dependent on new taxes and new taxpayers. The only way to maintain the Ponzi scheme is the constant growth of the tax-base.
Politicians cannot talk about demographics and immigration without coming clean on the scam they supported for decades and still do.

The greatest impediment to an honest conversation is the media’s neo-communist, cultural Marxist bias.
Every one of the problems discussed above were created with the media’s support, with their active cheering for ideas that history has proven disastrous time and time again. The media is the enabler of all the bad ideas.
Just like the cultural Marxists, the media will never admit responsibility and would use any debate to double down on the bad ideas…

Each of the above would deserve a discussion on its own.
Any member of the above-mentioned groups is complicit in the process that led to the problem we need to discuss. Every defender of the welfare state, the social safety net, profligate spending, identity politics and uncontrolled immigration bears some degree of the responsibility for the cultural suicide of the West.
The common elements behind the support of the above ideas are self-interest, cynicism, dogmatic beliefs and wishful ignorance.

Mark Steyn is bemoaning the absence of an honest discussion of “The Biggest Issue of our Time”, but how can we possibly expect an honest conversation about the issue with the people who created the problem in the first place? Honest talks would go against their most sacred beliefs, expose their immorality, stupidity and selfishness. It would require some self-reflection, taking responsibility for past actions, the re-evaluation of harmful ideas, understanding and confirmation of our cultural identity and so on. An honest and rational discourse is not possible. Anybody suggesting that it can be a realistic expectation must be kidding.

To paraphrase Kyle Reese of “The Terminator”

“The neo-coms are out there. They can’t be bargained with, they can’t be reasoned with. They don’t feel pity or remorse and will absolutely not stop ever, until the Western civilization is dead”

And I am not kidding.