◀The long view #2 - Our uncertain future
Lunacy in moderation▶ 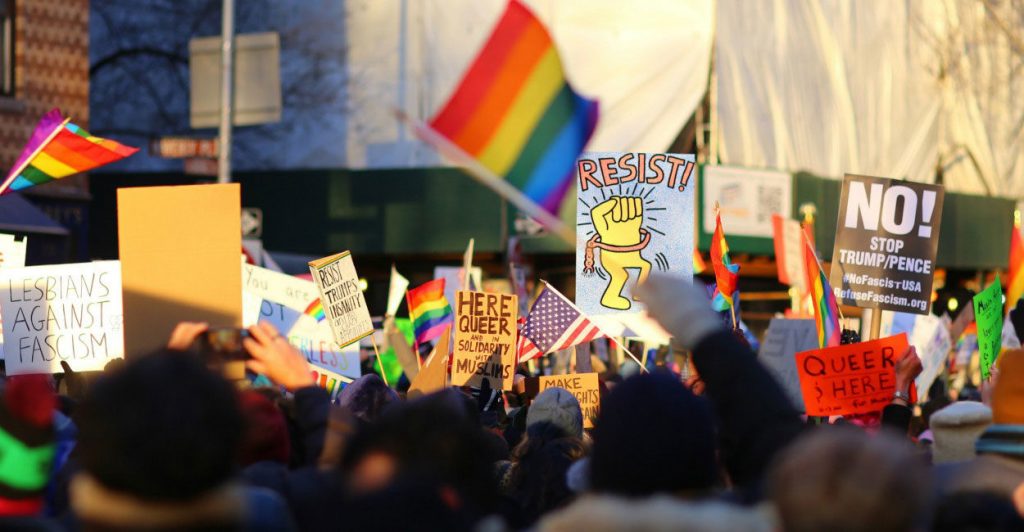 After he read the Prostitution Principle, a gen Xer asked me: How did we get here?

It’s a good question. How did we get to these insane situations, these crazy legal decisions? How did feminism, the civil rights and the gay rights movements go so badly overboard? How did decent ideas turned into such ridiculous demands and deplorable practices? Where did it get so out of hand?

These are questions more and more people are trying to answer. Millennials like Faith Goldie and Lauren Southern are blaming the baby boomers. David Horowitz and Ann Coulter are blaming the left in more books and speeches than I could possibly list here. Thomas Sowell blames it on A Conflict of Visions. Some blame it on biology, I blame it on all of the above and more.

I sat down to write this post with a most sincere intention of taking responsibility for the screw-ups of my generation, but the more I think about it the less evidence I see for the problem being generational.
All generations voted in increasing numbers for the left. All generations are responsible fort the demographic changes. No particular generation was responsible for the technological changes affecting us. No generation in the West can be singled out for their influence leading to the fall of communism. No generation can be singled out for repeatedly electing democrats in the cities they invariably destroy.

We may be able to hang the victory of cultural Marxism around the necks of the baby boomers, understanding, of course, that concepts of cultural Marxism were created several generations before they came on the scene. The members of the Frankfurt school were all born around the turn of the 19th century. The figureheads of postmodernism were all born before WW2. Chomsky was born in 1928. Once he is gone, the left will have no one to look up to.
I cannot name a single influential leftist baby boomer intellectual. The left is bereft of new ideas for over half a century. Piketty’s book is not a new idea. The problem is serious enough to warrant a book: “The Disappearing Liberal Intellectual.”

The boomers did not create the destructive ideas of the left, they just embraced them and provided the critical mass needed for their success. Then they screwed up the next two generations with their parenting. The baby boomers are definitely responsible for the snow-flake generation.
Clearly there is a generational aspect to the problem, but it is just a small component of the answer.

The political battles we see today are just the latest chapters of old conflicts and disagreements. The Greeks had Plato and Aristotle, The Chinese had Confucius and Lao Tze, the enlightenment had Rousseau and Voltaire. The economics of the 20th century had Keynes and Hayek.
Any ideology, philosophical system, religion or economic theory can be described as either descriptive or prescriptive. A system of cooperation or confrontations. Personal freedom or collective will. Guidance or intervention.

The most influential, the most prescriptive, confrontational, collectivist and interventionist (next to Islam), the one at the root of the problem we are still dealing with today is the ideology of Karl Marx.

“What Marx accomplished was to produce such a comprehensive, dramatic, and fascinating vision that it could withstand innumerable empirical contradictions, logical refutations, and moral revulsions at its effects. The Marxian vision took the overwhelming complexity of the real world and made the parts fall into place, in a way that was intellectually exhilarating and conferred such a sense of moral superiority that opponents could be simply labelled and dismissed as moral lepers or blind reactionaries. Marxism was – and remains – a mighty instrument for the acquisition and maintenance of political power.”
Thomas Sowell

The important concepts of Marx were not the obvious ones. His labour theory of value and his class theory are both garbage. What is unbeatable is his vision. The simplicity, the righteousness, the moral superiority, the revolutionary fervour it conferred on its followers. The idea that what matters is not how things are but how they should be. That reality is what we say it is. That political will can overcome any obstacle. That accepting the Marxist vision makes you part of the vanguard elite imbued by wisdom, while rejecting or disputing any part of it makes you not just immoral, but an idiotic moron as well. That intentions matter more than results. That your social background (your unchangeable identity) matters more than your actions or the content of your character. The ideas that politics and the economy are zero sum games, where somebody’s gain must by definition be somebody else’s loss. Every element of leftist politics today is rooted in the ideas of Marx.

The cold war tempered the Marxist ideas that were raging during the New Deal, but they got revived in the sixties by Marcuse, and later the post modernists.
The baby boomers, who grew up in a world of plenty, got easily seduced by their ideas. They were the first incarnation of the ‘me’ generation. They were full of idealism and their numbers created a strong feedback effect. After the fall of the Berlin wall and after a short crisis of identity, the left could surge ahead unopposed by that pesky reality check that was forced on them while real communism still existed.
The door to be even more political was opened.

ALL insane demands come from the left. Most insane laws are crafted and promoted by the left. The left will use any excuse, any opportunity to get more power. Saying this does not do much explaining it, but it puts it into a larger context and allows us to rephrase the question: What are the reasons behind the recent successes of the political left? What created, what enabled the apparently universal tilt toward the left? We cannot answer the question without acknowledging that what we see today is nothing new. It is an age-old battle between the forces of good and evil, freedom and oppression, determinism and free will. The left believes that everything can and therefore should be subject to political decision making. The people of the political left see themselves as custodians of social justice, public morality and individual behaviour; as arbiters of conflicts between individual and group interests; and as managers of the economy, our coexistence and an ever-increasing number of aspects of our personal lives.
What gives them the right to be and to do all that is the righteousness of their ideas. The attitudes and the goals have never changed, only their extent and manifestation. The power of the left moves in ebbs and flows, with a steady overall growth. How and why should be the subject of a different discussion. The only point to make here is that this isn’t anything special. Two steps ahead, one step back. Overreach and retrench.

The most charitable answer to explain how we got here is inertia. The fact that once you start moving, it is difficult to stop or to change direction. You dedicate your life to a cause. You win. Then what? Retire and rest on your laurels? Find another cause? Or will you just look for more victories in the war already won? You can start beating up the enemy that capitulated and agreed to your original demands. Declare that war was not completely won and there is still a lot to be done. You can be assured of easy victories as your opponents are already on the run. You can always argue “If that, then why not this? Are you still our enemy? You want to be beaten even more?” These are difficult questions to answer when opposing any idea that grew out of much more moderate demands. It is difficult to draw a line when you have to justify it with principles you just compromised with your previous capitulation.
The promoters of the ever more insane demands are in a trap. They just cannot stop without repudiating some of the ideas that led them to wherever they are at any moment while not seeking new challenges would put into question the need for their activism.
The Stonewall riots started with the demand to be left alone.  The gays of today want the right to be exempt from public decency laws (the right to have sex in public parks and to educate pre-teens on the joys of gay sex). On a march for ever more, there is no way to say “now we have enough”.
The defenders of the status quo are also trapped. When a culture lost its spine, when it no longer believes in its own values, it is defenseless. The status quo can never really be defended. Only clearly articulated principles can.

The differences in our political visions are so striking, so sharply divided and so predictable, that it is reasonable to suspect that it has biological origins. As it happens, there is a theory with a fair amount of scientific evidence supporting it to suggest that this is indeed the case.

r/K selection theory suggests that good times, the perception of plentiful resources tilts social attitudes in an ‘r’ selective (i.e: leftist) direction.  The theory has phenomenal explanatory power and this discussion is a good introduction to it with some further references in the notes.

The answer to the original question: “how did we get here?” is probably a little bit of all of the above.

The best answer may still be in a closer examination of the practical evolution of the communist ideas but let me do that in another post.

2 replies on “Where did it go wrong?”