◀Nothing to do with sex
The future of the past▶ 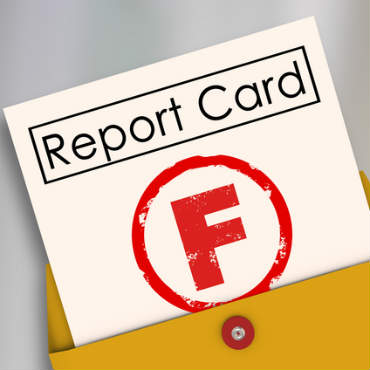 The following item was part of my daily dose of the Economist this Tuesday the 7th of June:

The 9.4m teenagers taking the two-day exam which starts today have been cramming for years. The tests, known as the gaokao, will (they believe) determine their entire future. Meritocratic exams have been revered in China since imperial times, when any man could sit them to enter the civil service. For centuries they enabled the poor but talented to rise to high office. The gaokao is intended similarly to be a great leveller. But China’s education system is becoming more unfair. The number of university students has increased nearly sevenfold since 1998, but the expanded intake has mostly been from cities, whereas 90% of rural youths leave school at 15 or younger. As a result the country is increasingly divided between those with degrees and those who never even make it to senior high school. Give China’s rulers a failing grade on that test.

Now read it again. I did. I could not believe my eyes. This is printed in the leading news magazine on the planet. Could it really be that the writers of the Economist are so Goddamn f…..ailing stupid that they cannot see the elementary logical fallacies in their arguments? Could it be that even their editors cannot notice it? Is it possible that they are so hopelessly mired in the worship of the state that they consider this acceptable? Is this the new normal? I would expect this level of stupidity from the likes of Naomi Klein and her fan club at occupy whatever.

Is it possible that the author cannot understand that meritocracy (equality of opportunity) and his concept  of “fairness” (the equality of outcome) are mutually exclusive? Or could it be that he does, but thinks that we are too stupid to notice it? Notice that he is switching subjects, that he is mushing together different problems and basing his whole argument on highly questionable assumptions?

What does he mean, for example, by the expression ‘great leveller’? Levelling what?
What is his idea of ‘fairness’ in this situation? What could possibly make meritocracy more fair? If it would stop being a meritocracy? If the stupid and the smart would have an equal representation in the universities as they do in North America? Are there some sort of restrictions preventing ‘rural youths’ from writing the exam?
We could ask dozens of questions just to see if there is a problem at all. The writer’s perception of problems is based on a number of assumptions and insinuations:

The news item (if we can call it that) first pays lip-service to the ‘levelling’ power of meritocracy just to condemn it in the next sentence for creating inequality of outcome.

My good friend was born in a small village with no high school within commuting distance. Most ‘youths’ there, just as in China, finished their education after 8 grades. My friend’s mother pushed his father to move the whole family to a city to give his sons a chance to a better education.
I have no idea how many of the Chinese families with their highly family oriented culture made the same kind of move during the past few decades but I would not be surprised if the number would be in the millions. The urban population of China was 13.3% in 1953, 26.4% in 1990 and 56.1% in 2015.  In the last sixty years, close to half a billion Chinese moved to the cities. If educational opportunity does not go to the people, the people go to the opportunity.
Is this too much common sense for a writer of the Economist?

You may disagree with Eric X. Li and his tale of two political systems, but you cannot call the Chinese system a failure based on assumptions rooted in failing ideas of Western social democracies.
After its failed experiment with communism, the Chinese returned to the system that served them for thousands of years: meritocracy.
After the ‘equality’ of communism, the Chinese are turning blissfully unequal. They are getting out of poverty, they are getting better educated, they are having a better life. According to the Pew research studies quoted by Mr. Li, the Chinese prefer being unequal in richness to being equal in destitution.
It’s a pity that The Economist sees this as a failure. It seems that the only problem of the Chinese in the eyes of The Economist is that they are not communist enough.

University education should be the privilege of the capable. With the demanding exams we can know one thing for sure: Chinese universities will have no need for remedial reading and writing courses for their freshmen as American universities do.

If anybody deserves a failing grade here, it is The Economist for its bias, its sleazy treatment of the subject and its condescending attitude.

Give it the grade it deserves by sharing this post.