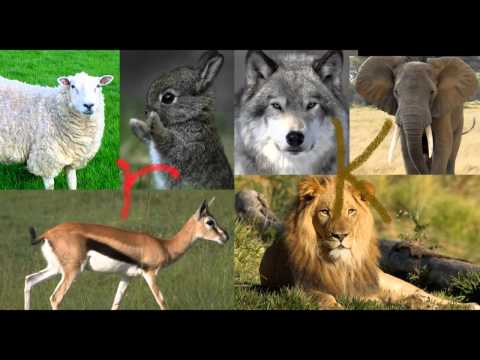 My previous post on the subject was extolling the virtues of the theory and the book explaining it; in this one I will talk about the gaps in it. While the value of the theory and the reliability of the evidence supporting it is beyond doubt, there are many questions in need of further answers and explanations. It is a new theory, especially as applied to political ideologies and attitudes. The ‘gaps’ in it are just unanswered or not fully explored questions.

The questions and areas that are in the greatest need of further work are:

We could ask many more questions, but let’s look at a few of them in more detail:

The human species and natural resources

We also live in a world today where the very notion of what constitutes a resource is changing. Is the iPhone a resource? Is money a resource? Is personal time a resource? How about transportation?
We all live in this world with some sort of expectations about our lives that can be related to Maslow’s hierarchy of needs. How much of those needs play into our perception of resource availability?

Innovation is also changing the very notion of resources. How can we then talk about limited resources when each innovation expands the very idea of what constitutes a resource?
The same goes for the idea of the carrying capacity of an environment. Human innovations have already increased the carrying capacity of this planet by at least five-fold and with the right approach and attitude, God only knows how far can we go. Still, all we can say is that:

It could be said that this does not matter because relative changes in the availability of whatever we perceive as a resource can produce very real changes in our attitudes toward them, but if we wish to understand the triggers that can change attitudes, we need to better understand the factors behind them. Resource availability and its perception is at the heart of the theory. If we are to effectively argue its relevance, we need to develop a comprehensive theory of the meaning of ‘resources’ in advanced economies.

The economic aspects of the theory

The world around us is going through a change that may dwarf the industrial revolution in comparison. Within a few decades, we will live in a world that would be unrecognisable for someone born just after World war II. Not just the technology, but the social changes that technology did, does and will keep creating. The nature of work is changing in a way that demands ever higher skills and a very quickly growing class of unemployable people. Automation will kill not only low but also ‘middle’ skill jobs.
There is no indication that the shrinking workforce will ever need to grow again.
We should be able to speculate what sort of effects will these changes have on the balance of the two strategies. Most of it would be speculation, of course, but it needs to be done if we wish to understand how it will affect the balance between the two strategies.

The most important of the things I was missing from the book and the theory is the cultural one.
The balance between the two strategies can differ in cultures to such an extent, that we can call entire cultures and civilisations primarily ‘r’ or ‘K’ selective. I would venture to call Japanese culture primarily ‘K’ selective and, let’s say, Indian as primarily ‘r’ selective. Christianity and Judaism are more ‘K’ selective when contrasted with the more ‘r’ selective Islam. Hinduism is more ‘r’, Confucianism is more ‘K’ selective.
Considering these differences is especially important when cultures mix. We need to take an honest look at cultures to determine what sort of political attitudes can we expect from immigrants coming from them.

Political ideologies other than the simple left-right, conservative-liberal division can be even more pronouncedly described as ‘r’ or ‘K’ selective. Communism and fascism on one side and libertarianism on the other.
The theory seems to imply that ‘r’ selective cultures and ideologies are naturally more peaceful than ‘K’ selective ones but reality does not seem to support this conclusion. The analogy with other species such as rabbits versus wolfs can be misleading. There are many examples of ‘r’ selected species and groups being highly aggressive. Rabbits can be very aggressive. So can primates and humans.

The theory does not distinguish well between competitiveness, aggression and random violence. The essence of competitiveness is adherence to rules. Aggression is usually about territoriality, about defining and protecting boundaries or competing for living space. Random violence is the domain of ‘r’ selective species, cultures and ideologies.
The political left may be preaching peace, but practices violence. The left has no problem with violence, as long as it is more or less random, or specifically directed against ‘K’ selective groups. This could, for example explain the love affair of the political left with Islam. Some of the most murderous ideologies in modern times (fascism and communism) are also clearly ‘r’ selective.
The left does not seem to have a problem with indiscriminate violence. ‘K’ versus ‘r’ is rules-based competition versus random culling. The essence of the ‘r’ strategy is not peacefulness but individual competition (and therefore ranking) avoidance.
‘K’ selective people respect rules and structure while ‘r’ selective people only respect power.

These points are not missing from the book, but I do not think that they are emphasized enough.
‘r’ strategists are not wusses and they can be ruthless pursuing their goals. The inherently violent nature of their beliefs should not be dismissed.

The Evolutionary Psychology Behind Politics is not the answer to all of our questions about politics. It is a phenomenal book about a theory with amazing explanatory powers, but it is just a first step.
A lot more work needs to be done before the theory can become an effective tool for the advancement of reason based policies.

You can do your part by popularizing the idea, the book and the references I provided at the end of the first part of this book review. I will try to do mine by addressing some of the issues outlined here in separate posts.