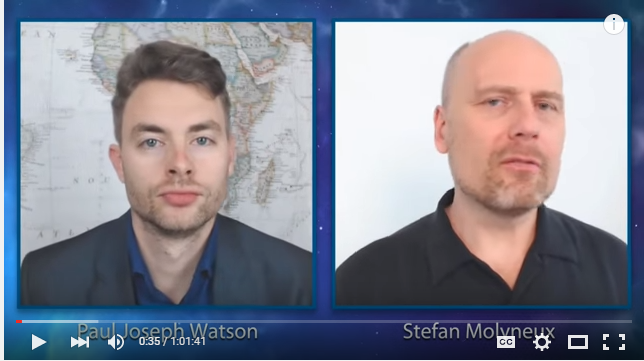 While I always appreciated Stefan’s work, I had some problems with what I considered ‘extreme’ in his positions, his doctrinaire advocacy of Anarcho-Capitalism, his rejection of using political means to advance the cause of freedom.
It seems that in this latest phase of his evolution, Stefan discovered the importance of culture in a way that some libertarians, including some of his followers, may consider a turn toward conservatism.

I have always been a strong proponent of the idea that our culture, Judeo-Christian Western in general and Anglo-Saxon protestant in particular is an essential, even foundational part of Libertarianism.

I pointed out many times that Libertarians can only ignore this fact at their own peril. The only place where freedom has any chance to grow is in this cultural tradition. I made the point that the idea of freedom is NOT universal, but seriously culture specific. Protecting the idea of liberty MUST mean protecting the cultural soil it grew out of.

I also like Paul Joseph Watson even as I have some reservations about Alex Jones and Infowars.
P.J.W.’s journalism is excellent and the topic he is talking about with Stefan is quite important, but it is not my subject here.

The conversation made me wonder about the dynamics of the Libertarian movement.
I encountered much hostility from some libertarians (including members of the party leadership) when arguing against open borders and uncontrolled immigration.
I had to deal with even more hostility when I was criticising Islam. I was called a racist in a Libertarian group, in a comment to a post written specifically to emphasize that the ideology should be our only enemy.

The point here is that the Libertarian movement seems to be somewhat divided on these issues (culture, immigration, Islam)
I am glad to see Stefan’s transition from ideological to rational Libertarianism, but I wonder how this transition is received by his devotees and his larger audience.
I also wonder how the libertarian attitude in general is affected by the events related to these issues.
Will reality trim the lunatic fringes or make them even more lunatic?

In the case of the political left the answer is the later, but how about Libertarians?
Are they more or less likely to respond to reality?
What the answer to this question would mean to the actual prospects of liberty would be another fascinating question.

I would love to see comments, especially from Libertarians and even more specifically from fans of Stefan.