◀Immigration - the political case
I should be Slovak▶ 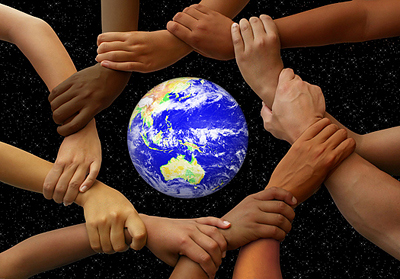 What I really think

I find it sad that I have to point out time to time that I do not ‘hate’ people. If there is anything I actually hate, it is ideologies, but even that is not precise. I don’t hate, but I may have very passionate moral, intellectual and practical opposition to intolerant, harmful and totalitarian ideologies. Islam, Communism and fascism make it onto the top of the list. I cannot tolerate intolerance. I have problems with some of the secular religions such as environmentalism, socialism and multiculturalism as well, as I am repulsed by any manifestation of statism.

What I have no theoretical problem with is immigration. I am an immigrant myself. I am grateful for my chance to live in Canada. Most of my friends and colleagues are immigrants. I think most of them are grateful as well which hints at the question that is at the heart of this issue: who benefits more? The immigrants or their host countries? I don’t think that there is a simple answer, but in each case, the question should be asked. Is my personal presence a net contribution to Canada? It’s not up to me to judge and it is not easy to determine. I believe that immigration is good for Canada but the composition of that immigration can make a big difference. I do not believe in open borders as I believe that they would create more problems than they would solve.

The humanitarian argument is an important one as long as it is indeed humanitarian help. Taking gypsies as political refugees from democratic countries like Czech Republic and Hungary that already provide high standard social services to them is not humanitarian, it is just plain stupid, insulting to their countries of origin and a waste of Canadian Taxpayers’ money.
Mixing ID-less Muslim men with the true victims of Islam in refugee camps is not a humanitarian act but dangerous irresponsibility. Some examples of the dangers  from Deutsche Welle, Frontpage Magazine and Breitbart. Providing safety to true refugees would be a great thing.

There is nothing I would like to see more than Canada becoming a safe haven for the refugees from Islam. The Christian, the Yazidis, the gay Muslims and, above all, the apostates.

The call for open borders is libertarian kumbaya. Naïve, feel-good, suicidal stupidity. We should be able to do better than that.

The beauty of libertarianism lies in its simplicity, logic and morality.

Self-ownership is the foundation of personal freedom and responsibility as well as of private property rights and everything that can be deduced from them.
The non-aggression principle defines its morality, the idea that a peaceful (functioning) society cannot be based on violence and coercion.
Voluntary cooperation is the foundation of social cooperation, be it the freedom of association or the free market of exchanging goods and ideas.

Beautiful ideas for a beautiful world that we are not living in. They are also describing a world that cannot be reached by revolutionary (meaning coercive) means. Any time libertarians have to create a policy proposal they have to make hard choices in trying to figure out where to make compromises and what sort of policy would be most likely to further the general cause.

Immigration is a perfect example. The notion of personal freedom would suggest that people should be free to move wherever they want but as I pointed out in “Immigration: the philosophical case” that idea should only mean that you should not be prevented from leaving a place not the idea that you should have the right to aggressively push your way into another. If you are not wanted somewhere, you have to find another place where you are. Putting conditions on your rights to enter my (or our) property is perfectly in line with libertarian principles.

As I pointed out in other posts in this series, the morality of open immigration from poor to rich countries is questionable, from radically different cultures potentially problematic and its economic benefits are dubious.
I also made the point that our political adversaries are advocating it because it suits their goals.
All of which still does not in any way mean that I am opposed to it, but it does mean that libertarian immigration policies have to take them into account.

Immigration is happening through the system that exists. Supporting unlimited immigration means supporting the bad system the way it is. The system we have is burdened by bureaucracy and a toxic statist influence on new immigrants who are trained into a welfare state mentality from the moment they enter the country. That is what needs to be changed the most and it is entirely possible to do it conforming to libertarian principles.

I would have a few personal preferences such as favoring people from European Judeo-Christian cultures, but such things should not be part of an official policy. I could argue for a policy to make immigrants exempt from minimum wage laws but that would not go well with our political opposition.
Getting government out of and civil society into the picture is all we need for healthy immigration. That, and the pledge. Red aloud by each new immigrant in front of a camera in their native language and attached to their immigration records.

I, XYZ, am a new immigrant to Canada aspiring to be a citizen one day. I choose Canada because I wish to become a Canadian upholding the laws and values of Canada.

I understand that in Canada there is no higher law than the law of the land. I understand that my believes are my own, not any better than any other, not deserving any special treatment, consideration or accommodation.
I understand that in Canada there are many Gods worshipped in many ways and I have to afford the same respect to their believes as they afford to mine.
I understand that free speech is a core Canadian value and my actions and believes may not be immune to criticism.
I pledge not to demand any special accommodation or consideration from the Canadian government, its institutions, businesses, employers or its citizens.
I renounce violence and advocacy of violence and pledge not to give any support to organizations that support or advocate violence.
I am grateful to the Canadian people for allowing me to be part of their society and I will work on proving myself worthy to become a citizen.
I understand that not honoring this pledge can result in the revocation of my status and deportation.

Would this be too much to ask?

What I really think about the European migrant crisis

Since this whole series was prompted by talks about the European “humanitarian crisis”, it is appropriate to sum up my thoughts on it in a few simple points.

I am absolutely disgusted by it.
It is entirely manufactured and could be ended with comparatively little effort and expense.
It is extremely irresponsible both toward the population of the host countries and the migrants themselves.
It is shamelessly exploited by the media.
It is used by the political classes to advance their own goals while blatantly breaking the law in the process.
I think it is extremely dangerous as it will create strife and open conflict which I am afraid is by design to facilitate the further centralization of political power.
The demographics is frightening. A million young unattached males in an environment with an extremely low probability of being able to find culturally compatible females is a prescription for disaster. It would be frightening even if they were not Muslims with an already low regard for women.

There is absolutely nothing positive that could be said about this manufactured crisis.
Sorry. Incorrect. The weight of this crisis may actually break up the European Union and I could definitely find a few positives in that.

This is the last piece of my series, even as I feel that I only scratched the surface of the problems.
You can find the rest of the posts here: