“Some ideas are so stupid that only intellectuals believe them.”

I have been asked the question several times: “You don’t believe in global warming???” Usually accompanied with an incredulous look or a huff and a smirk with the unspoken comment (“I thought you are smarter than that”)

Then I have to start explaining why the very question is a problem for me.  I AM NOT A BELIEVER!

I either know something or I don’t. Theories either make sense or they don’t. The evidence is either convincing or it isn’t. The explanations are either logical or they aren’t.
Whenever I use the words “I believe……” I only mean ‘I don’t know,’  ‘I guess so,’ ‘I assume so’.
The way it is used in the environmental movement, it means blind faith in the dogma as it is preached by its apostles. Michael Crichton made the point in his speech “Environmentalism as religion”, but I am not trying to address his point here.

What I will do, is presenting my thoughts on the subject. What finally made me do it was an article I will address in my next post asking the question: “What does it take to convince libertarians and conservatives that climate change is a problem?” In a way, this post is already an answer to that question, addressing my problems with the theory.

To get to the point, this is what I think (and sometimes even know):

The theory of AGW makes no sense.
There are many alternative explanations (many of which are far more plausible) with an even greater number of factors that we simply do not know enough about to properly understand.

Just look at these pictures: 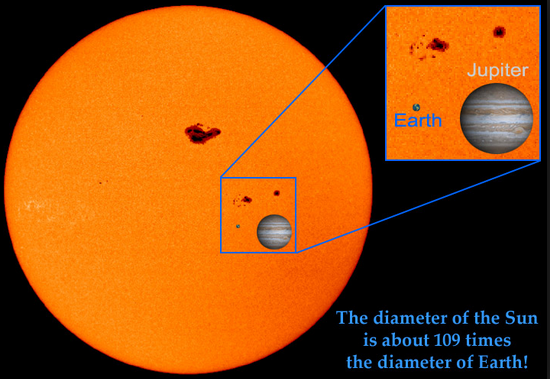 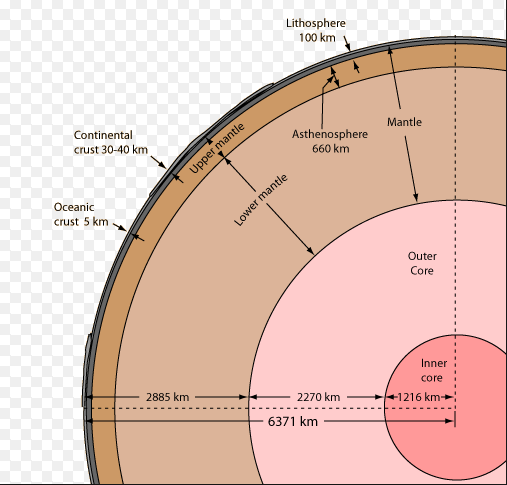 The volume of the Sun is 1,300,000 times the volume of the earth and it is only 8 light minutes away from us. The volume of earth is about a million times the volume of its atmosphere. CO2 is less than a 20th of one percent of the atmosphere. Human contribution to it is 3.207%…….
….and I am supposed to believe that it is the cause of pretty much all of our problems. Does that make sense to you?  Anthropogenic (man-made) CO2 contributions cause only about 0.117% of Earth’s greenhouse effect.  That is far less than natural variability. That is less than a potential measuring anomaly. 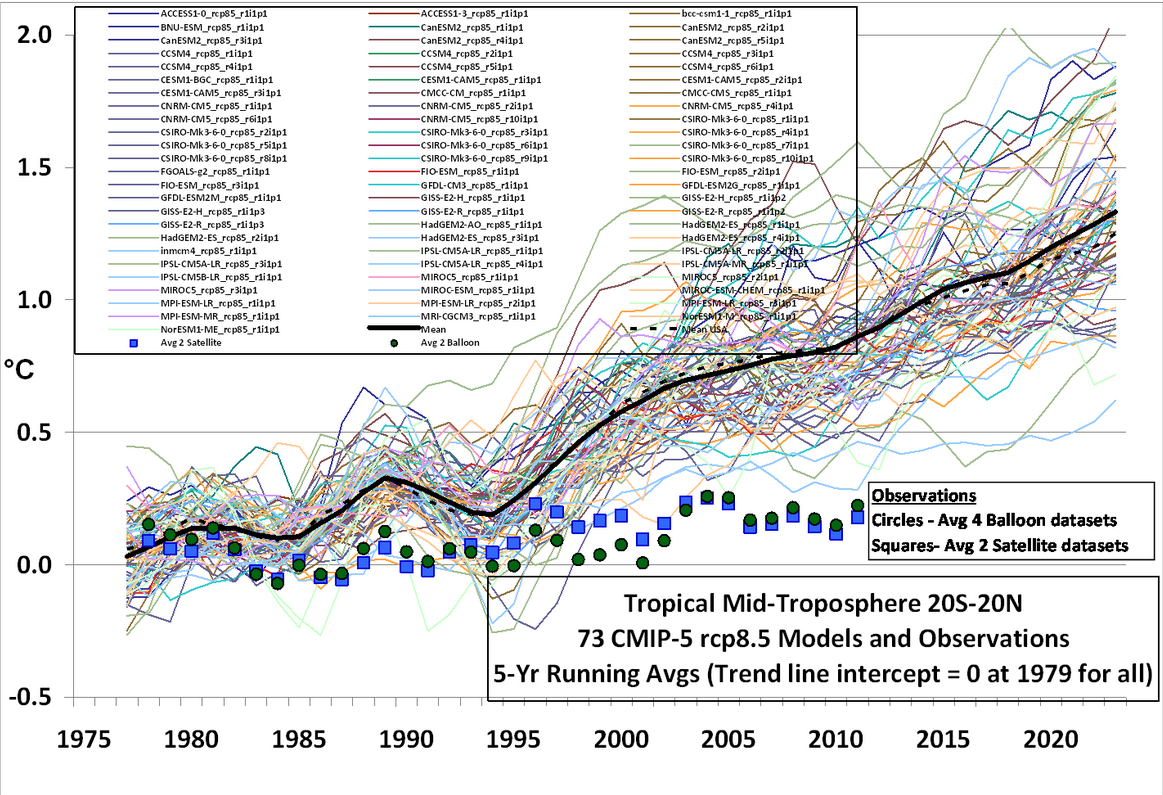 (http://www.globalwarming.org/wp-content/uploads/2013/06/CMIP5-73-models-vs-obs-20N-20S-MT-5-yr-means1.png)
The whole case of the global warming hysteria is resting on these models, on the predictions of horrendous calamities we will have to face unless we do something right now.
This article has a few more excellent graphs. I especially like the one with eleven computer models pointing in one direction while the graph of the actual observations point in the other.
There is no evidence whatsoever that CO2 is causing the warming. The climate models were supposed to prove it by predicting the correlation between the two. They failed. We don’t even have coincidence, let alone correlation. CO2 is going up, the warming is not happening. They were going together ‘till about 1997 but that is no longer the case.

But what if there was a correlation, what if CO2 does indeed cause warming? Would that be a bad thing? I don’t think so.

Even if climate change was happening to a degree closer to the predictions of the alarmists it would be a good thing.
A warmer planet would be a better place to live on. A cold planet is much worse for humanity than a warm one. Which is all good because we cannot do much against the warming anyway.
Even if the most extreme demands of the alarmists are met, even if by some miracle we could go back to pre-industrial levels of CO2 emissions, the difference that would make would hardly be measurable in the overall picture. Not even the IPCC disputes this fact.

CO2 is plant food! The more of it we have in the atmosphere, the greener the planet will become.
The study referenced here makes the claim that this is happening to our planet today. In geological history, we had much higher concentrations of CO2. What we have in the atmosphere today is at the low end of the distribution, lower than it was most of the time in the planet’s history.

Comparatively, we are CO2 starved. CO2 is not pollution. Greenhouse owners pump thousands of parts per million into their greenhouses to promote plant growth.
The demonizing of the element that is the very foundation of our biological existence is beyond idiotic. It is suicidal.

Even if Global warming was happening and even if it was a bad thing, adaptation would be a far better approach to deal with it than mitigation. Indur Goklany and Bjorn Lomborg are the two most prominent scientists arguing this point.
(Just for the fun of it, you can check out these two items on desmogblog.com: one on Indur Goklany, one on Bjorn Lomborg. The articles are perfect examples of the sleazy attitudes of the warmists). The linked article talks about a campaign to defund Lomborg’s work in Australia. He is not a ‘denier’, he just thinks that our policies in responding to this ‘crisis’ should have a different order of priorities.

My first encounter with Indur Goklany was the recording of this CATO forum: “What to Do about Climate Change?” and found his argument rather convincing. This is the policy paper that he is discussing in the event linked above.

How much we can rely on the claims of the warmists is debatable. What we do know, however, is that even if their science was correct, there is very little we can do to stop the warming. The net effect of complying with even the strictest emission reduction proposals will be too small to measure. Adaptation is our only chance.
The point of the whole discussion, the point of the political drive and the movement is policy. The warmists want various policies implemented and they seem to be successful despite the failures of their predictions, despite the shaky logic and suspect science.
Policy is the only thing that really matters, but the ones I’ve seen so far did not do much to warm my heart to the enviro-fascists. Let’s see some:

The track record is not very encouraging.

Even if I disregard my disagreement with the theory and my dislike of the policies, I still could not make myself trust the advocates. The policies are obviously not about the environment and the future of humanity, but about gaining control of the future of humanity. The advocates of global warming are dishonest and sleazy, they wouldn’t stop at anything to get their way. They are just like the communist. Driven by ideology, an unshakeable blind faith in their cause and in themselves as the designated elite which have to force its vision on the world unwilling to accept it.

….but wait a minute…… THEY ARE the communists!