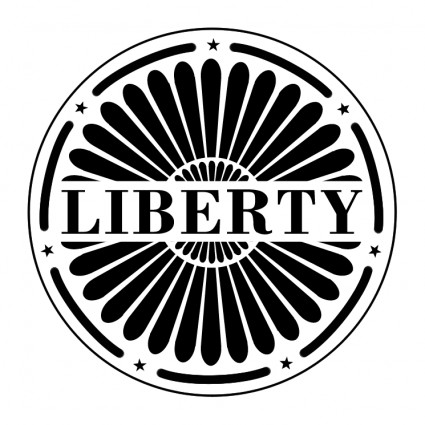 What kind of libertarian am I?

The last time I stopped with the effort of putting a label on my stance was when I discovered how many labels there are and that the one I picked (social libertarian) is the one Noam Chomsky uses to describe his. I stopped in horror and decided that the issue needs more deliberation.
There are no questions in my mind about where I stand, but I had problems finding the right label for it, a label that indicates my convictions in a manner most understandable to others.

Still, a definition has to start somewhere, so here we go with the label:
I consider myself a consequentialist cultural libertarian.
Let me explain.

A libertarian friend asked a while back on a Facebook forum “what were you before you became a libertarian?” My answer was quick: an anti-communist. After leaving communist Hungary in 1979, at a time, just before the election of Ronald Reagan, when the communists were on a winning streak, it was not difficult to define where I stand, I stood firmly opposed to everything I was running away from: the communism as it manifested itself in the soviet sphere of influence. I still consider communism the ultimate expression of statism and democratic socialism just a slow way toward the same unavoidable and ruinous end.

I read Ayn Rand and Milton Freedman before I read Charles Murray, but it was his book, “Losing Ground” that made me start calling myself a libertarian. At this point I can say that I am fairly well read in Libertarian literature, but I still identify mostly with Charles Murray’s attitude best expressed in the closing sentence of “Losing Ground:”
“When reforms finally do occur, they will happen not because stingy people have won, but because generous people have stopped kidding themselves.”

My vision of liberty is not the triumph of individualism, but the victory of the free market and civil society over statism and politics.

If I wanted to define myself in more generally accepted libertarian terms, I would say that I am a Minarchist, but that would not be entirely true. As I pointed out in a previous post (Less democracy), I do not consider the three pillars of the Minarchist state unassailable. They can easily have free market alternatives, I just do not think that anything beyond the minimal state idea can be made palatable to people with limited interest in politics.

Being a consequentialist means that I will not attack every new encroachment of the state on my personal rights but that I would focus on areas where I (we) are the most likely to make the largest impact pushing the world we live in toward more freedom, more choice, more social self-governance.  As an example, I would not attack every new tax on a principle (all taxation is theft!!!) but I would consistently oppose the most harmful ones with well-argued policy proposals.

Being consequentialist pretty much by definition means pragmatism and gradualism as well, the belief that any step in the right direction will make the world a better place and that the best argument for liberty is the evidence of successfully implemented libertarian policies. Ideological libertarianism is nice and easy, all it needs is a little coherence. Pragmatic consequentialism is difficult, but it is the only one that has a chance of success in a real world. I would like to see that approach to dominate the libertarian movement.

Calling myself a culturalist, or cultural libertarian encompasses many things.
The most important of those is the recognition that libertarianism is NOT A UNIVERSAL CONCEPT but one that is heavily dependent on the Christian, Anglo-Saxon culture which in turn is also rooted in the tradition of the social organization of Celtic clans. We cannot champion freedom without fully understanding how the idea of individual freedom evolved.
We cannot protect our freedoms without protecting the culture that made it possible.

Being a culturalist means the understanding that other cultures may not be as receptive to the ideas of liberty as ours. Some are hopelessly corrupt, some are excessively nationalist or authoritarian, some expressly reject secularism and the very notion of individual rights. Opening the door wide to such cultural influences will destroy our already diminishing chance of turning around our march toward statism. We cannot, for example, advocate for uncontrolled immigration which paired with the official dogma of multiculturalism can quite possibly erode the very foundation of the libertarian ideas.
Culture is important and we must not forget that libertarianism is NOT a universal idea, no matter how much we wish it was. It evolved slowly from a Judeo-Christian, Celtic, Anglo-Saxon tradition and it is not at all clear whether it can survive without the active cultivation of the cultural soil it grew out of.

MY LIBERTY is about attainable goals with measurable results within the context of the culture that gave birth to the idea. That is how and that is where I see it having any chance of being more than just a dream.

In my next post I will look at the different approaches to liberty asking you what kind of libertarian are you and why.