◀in-dignity
More on the CPP and its saviours▶ 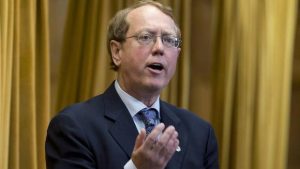 I went, I saw, I wondered why. I expected far more people. There were only about 20. The three politicians: Peggy Nash, Cheri DiNovo and Murray Rankin; about 4-5 volunteers, a community newspaper guy and maybe another 10 who came expecting information.

I don’t know what I was expecting. After the introductions, I realized that there is no point in me asking any questions. The points made by these politicians were so heavily ideological, so deeply ridden with assumptions that I saw no room for any kind of discussion. Eventually, I did ask two questions, but naturally, I did not get a real answer for either. I did learn a lot though, and I want to share it with you.

I worked myself up over Peggy Nash’s flyer assuming that it will be the subject of the discussion but to my surprise, it was barely mentioned. The total time devoted to the idea of changing bankruptcy laws as suggested in the flyer was about 10 seconds. Considering how serious an effect it would have on both the economy and the cost of government services, I had to wonder why. I see three possibilities: the idea is marginal and they themselves cannot understand its significance; they put it into the plan as a throw-away idea in case the plan becomes part of some serious political negotiation, or they will just try to sneak it into a legislation hoping that nobody will notice. It does not matter for now; it just made me feel a little silly getting ready for a subject that did not really come up in the ‘discussion’.

The main speaker was Murray Rankin. He was bemoaning the loss of well-paid union jobs and the unreasonable attitude of our finance minister who’s refusing to fix something that is not broken but the NDP wants to fix. The conversation was about fixing CPP. Well, it was first pointed out that it is amazingly successful, it is solvent for the next 35 years, it is managed well, and therefore it needs to be fixed. We also got the standard scary picture about the horrendous poverty in Canada, about the plight of the new immigrants and the elderly who have to resort to food banks to survive. All anecdotal, emotional propaganda to soften the audience for the plan. What is a six percent tax increase, anyway? IT’S NOTHING! We can easily afford it.

At the present, the CPP contribution rate is 10%, 5% from the employer, 5% from the employee. The NDP wants to raise this to 16% . That is a 6% increase in labour costs, or to be precise, 3% increase for the employer and a 3% pay cut for the employee. On an average income of about $50,000 that is $1,500 per  year.
What’s the greatest appeal to the NDP? That it is compulsory. Mr. Rankin was quite animated making the point. We can only help if it is compulsory because we cannot trust people to save for themselves on their own. It has to be compulsory and it has to be managed by government bureaucrats. RRSPs and private pension plans are not good enough.

The question is: will it give you a better return than private investment? The CPP is a defined benefit plan. Politicians will decide at any time how much you will get. No matter how much you pay into it, the principal is not yours. The argument from the NDP is that they will give you a better deal than the free market. Scouts’ honor… I mean politicians’ honor.

I thought I should do the kind of calculation that was performed in this Learnliberty.org video with Canadian numbers. First I looked up the CPP contributions tables from 1966-2013, then I looked at the historical returns of the Dow Jones and did some calculations. (There is a good document for the TSX, but the numbers are not easy to grab).  The average return on the DOW between 1966-2011 is 7.34%. Using this figure with the yearly contributions to the CPP the result shows a quarter million dollar accumulated fund with an annual income of $16,470.63. Noticeably better than what the CPP provides while retaining full ownership of the principal. Investing in long term government bonds (just like in the US case) also provides better results than what you get from the Canadian Pension system. (the numbers are in the linked TSX document if you care to copy them manually for your calculations)

Let me return to Murray Rankin’s (the NDP’s) argument. There are several messages/arguments:
We have to control everything because the free market is mean and unpredictable.
We have to control you because we cannot trust you making the right decisions.
Even if we could trust you, we cannot afford to do it because our system will only work if everybody is subjected to the same level of control. We all have to be in it together. You just have to trust us.

All of this is supposed to justify another 6% tax on your work. All of which is supposed to have no negative effect whatsoever on the economy and your finances.

I have the feeling that I am boring you because I am beginning to bore myself. The essence of my experience with the meeting was a sense of futility. Realizing that it would be impossible to have a sensible argument with any of these three politicians. They believe so firmly in their righteousness that mundane things such as logic and evidence couldn’t possibly sway them. Quoting OECD statistics on them was met with a blank stare. They did not hear about the Saskatchewan pension reform and when I asked about its essence, suggesting that defined contribution plans are more predictable and manageable, Mr. Rankin just reiterated his preference for defined benefit plans – because it has to be predictable to the recipient.  The fact that its costs are unpredictable, that they have a very poor track record did not seem to register with him.

My favourite libertarian book is Thomas Sowell’s “A Conflict of Visions” which explains the best the fundamental differences between the political left and right. The differences, in his view, are so fundamental that they are almost unsurmountable. It is difficult to talk about specific issues if we talk by each other on the most basic principles.

The news is not all that bad, however. As I said, there were about 10 people in the audience. HALF of them were hostile to the socialist ideas. One person was pointing out the need to teach people how to handle their finances as without that there will always be some who will end up needy while another was complaining about the system where someone can collect welfare for 40 years than ‘retire’ with a $1,300+ pension paid from the tax dollars of hard working Canadians.

Still, I am not sure that I want to repeat the experience. The only thing I can hope is to find people in the audience who can listen to reason.
When the meeting started, I mentioned that I blog and that my last post on this subject have some excellent links in it. A woman sitting in front of me turned to me asking about it. I handed her a card with the address of this blog. When she read the sentence “Pondering the issues of Liberty” the smile froze off from her face and said “I thought it may be a financial blog.” You can keep the card, I said. “No-no-no” she said, “I really don’t need it” as she handed it back to me holding the corner with two fingers, with a gesture and expression as if she was holding a used toilet paper.

She will not be a reader, I guess.