◀Political Circus Minimus
The enemy of the good▶ 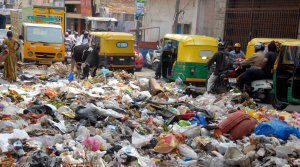 Rudyard Kipling’s poem, “The White Man’s Burden” was controversial from the moment it was printed in 1899. Read it. It is regularly misquoted, misinterpreted and misrepresented for over a hundred years.
As recently as 2005 a book was published with the title ‘the white man’s burden’ debating the implications of Kipling’s original point.

“Easterly, an NYU economics professor and a former research economist at the World Bank, brazenly contends that the West has failed, and continues to fail, to enact its ill-formed, utopian aid plans because, like the colonialists of old, it assumes it knows what is best for everyone.”

As we were driving through Tamil Nadu then Kerala, I noticed signs on the road in English advising me not to use plastic. Like this one: 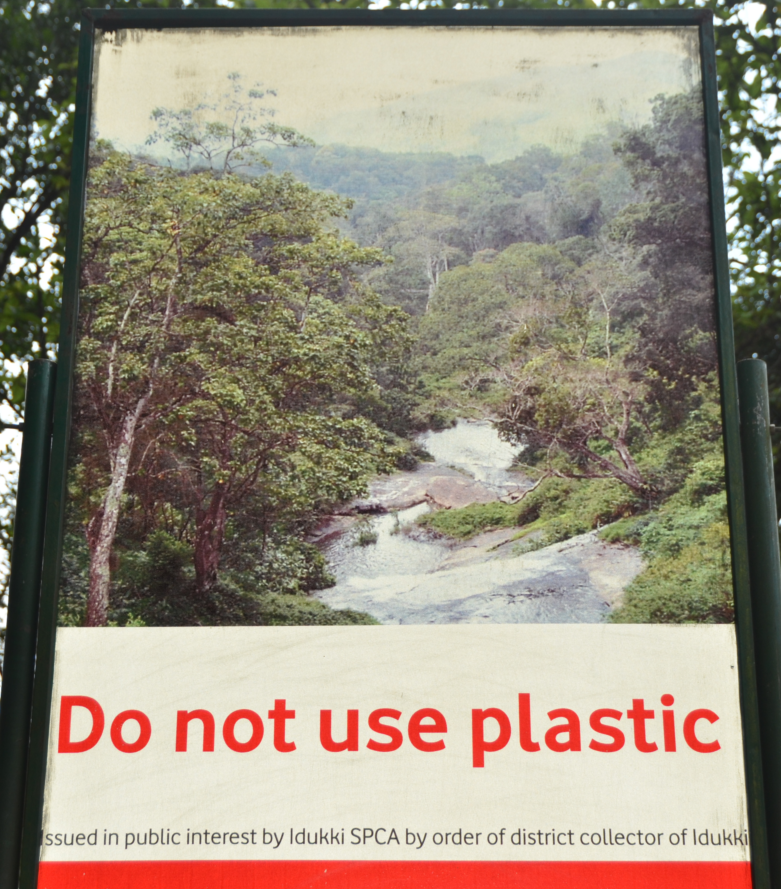 Some said “Do not use plastic bags”. In Tamil Nadu, where hardly anybody speaks English. They don’t even speak Hindi. All of these signs were standing on their own, without Hindi, Tamil or Malayalam equivalent next to them. It was targeted to tourists like me. IN THE LAND OF GARBAGE AND PLASTIC! To me, who would walk around for an hour with a piece of trash in my hand to make sure that I dispose of it properly?
The first impression of any tourist going to India is how incredibly filthy the place is. There is garbage everywhere. At times I had the feeling that the whole country lives on a garbage dump. I have not encountered a culture yet with a higher level of disregard for their shared environment. It is not the same everywhere; some states are cleaner than others. Kashmir, Punjab and Kerala were cleaner than the predominantly Hindu states. Considering how filthy their holiest cities, Varanasi and Haridwar are, an uninformed observer may conclude that the Hindus are worshipping garbage. Plastic is also everywhere. When suggesting not using it, they might as well just say: go home!

When we were sitting on boat going to Elephanta Island we were watching an Indian family. A well-dressed middle class man with two women and three kids. They were drinking pops, eating chips and candies. All the garbage out of their hands went straight into the bay. Daddy was teaching his older son how to do it properly. Not just dropping, but throwing it. There were three trash cans on the deck of the boat. Probably for the benefit of those weird English speaking tourists whose parents did not teach them how to throw garbage into the water properly.
In a train station somewhere in Uttarakhand we saw two men waiting for a train eating peanuts. Half an hour later they got up and left leaving a big pile of empty peanut shells on the floor. Their behaviour IS the norm.

When V.S. Naipaul was trying to make sense of the garbage phenomenon in his book “India: A Wounded Civilization” he offered a spiritual sort of explanation. Indians, he said, just can’t see the ugly things. They do not see the garbage, the excrement on the road side; they are just blocking it out of their vision the way the rest of us blocks out background noise.

It is a fascinating explanation but I am not sure I am buying it. I have a more practical one that came to me as we were waiting all night on a train station for our train which was six hours late. The station, the tracks were, of course, full of garbage. As a train passed by, all the garbage started flying in the air just to settle back down quietly when the train passed. It had a certain rhythm to it. I realized that the garbage, like the Buddhist prayer flags in the wind,  will eventually disintegrate. I also realized that before the advent of modern packaging, most garbage was organic, bound to reintegrate into nature much faster than modern packaging materials. Indian garbage had two problems: a very sharp increase in volume and modern packaging materials.
I am sure that there are other theories as well, but in the end they are just excuses. They do not explain how Indians can live with the garbage. If it is in a shared space, nobody seems to care.

Our own dirty history

It’s easy to criticize the Indian environment, but we must remember that we weren’t always as clean as we are today. It took the great plague and the great fire of London to get rid of open sewers (which, by the way, are still used in some new developments in India).

It was just a hundred some years ago that American cities started to issue ordinances to forbid spitting tobacco in public spaces. Restrictions on smoking in public are even more recent. When I lived in Paris, nobody picked up after their dogs, the sidewalks were full of dog poo. It is changing slowly.
Cleanliness came to us slowly. The French call their trash-cans ‘poubelle’ after Eugène Poubelle who “promulgated an ordinance in 1884 requiring all apartments to have trash cans.”

The question for India is how it can be changed. Well, the real question is who am I to say that it should be changed? Just because I don’t like it? If they are happy to live on a garbage dump, why shouldn’t they? Just for the sake of the argument, let’s suppose that we can all agree that garbage in our public spaces is both unhealthy and ugly. How to change it?

I share Kipling’s sentiment. The white man’s burden is heavy and thankless but we must do it.
Or do we? Better question yet: can we?
The white man’s burden is to ‘civilize the savages’ to part to them the benefits of our more advanced civilization. Giving them results of the lessons we learned the hard way. Civilizing them against their will if needed for their own good. This is what I believe to be the correct interpretation of Kipling’s message.

As I said, I sympathize with Kipling’s sentiments, I see only two problems with it. Feasibility and arrogance. We can’t be sure that we can carry out the task and we are always limited by our own culture’s interpretation of what civilization means at the time when we are trying to impose it on the ‘savages.’

No matter how noble the sentiment is, the example I started with illustrates perfectly how misguided it can turn out to be. When we try to ‘civilize’ we do little more than projecting our own cultural bias du jour (plastics are bad, windmills are good) into the world we are trying to help.

Yes, it would be wonderful if the NGOs could teach them how to dig a whole next to each village and put all the garbage into them from their streets.
It would be great if there were laws against littering and fines for those who still do it but ultimately, the only thing that can bring change is a change in the attitude of society.

I was very close to saying something on the boat but I held myself back. I did not think I had the right. I am an outsider. What would have been needed is another Indian expressing disapproval. For that to happen, a few things are needed:

It needs some Indians who are convinced that it is to the betterment of the whole society and
a sense of civic duty to compel them to do something about it even if doing so is confrontational.
It needs a movement of neighbourhoods getting together to clean up their streets.
It may need laws.
It will need actions from Indian society.
It will, for sure, need time.
The one thing it does not need is idiotic signs lecturing western tourists.