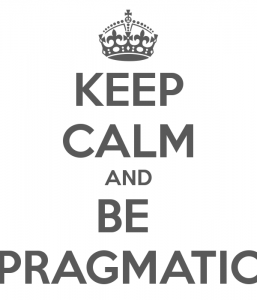 “….the barrier to radical reform of social policy is not the pain it would cause the intended beneficiaries of the present system, but the pain it would cause the donors. The real contest about the direction of social policy is not between the people who want to cut budgets and people who want to help. When reforms finally do occur, they will happen not because stingy people have won, but because generous people have stopped kidding themselves. “

The above quote is the closing sentence of Charles Murray’s “Losing Ground” the book that led me to libertarianism. It is a perfect encapsulation of the content of the book describing the abysmal failure of socialist policies.

Before I continue, I have to draw a line between two distinct groups of socialists: the idealists and the careerists. Between those who believe what they advocate, support and vote for socialist ideas because they want to help and those who advance those ideas to exploit them for their own benefit.

Sometimes the lines are blurred, I hear interviews with people on CBC almost every day proposing some absolutely essential new social service to solve a problem they just identified and they are ready, willing and able to devote themselves to the task IF ONLY the government would be willing to fund it. Sometimes I can feel the cynicism, but very often I believe that they believe their own BS.

I only need to draw this line because the two groups, the two attitudes need very different approaches. The points I am making here are targeted to the idealists, the true believers of the ideology, not the political careerists who are only using the ideology to gain more power.

The pillars of socialist ideology

The political conflict between the left and the right is framed around ideological morality. The left claims to own ‘social’ morality, caring and nurturing, social responsibility, “true” equality, social justice, etc., as they are opposed to the individualist, greedy, selfish, racist, classist,  uncaring and mean spirited conservatives.

The foundation of these believes is Marxist ideology. “From each according to his ability, to each according to his needs”
This is not the place to analyze the dangerous idiocy of the statement, the fact that it is not possible to define either ‘ability’ or ‘need’ objectively and the dangers involved in trying – it is enough for now to know that socialists believe that we are ready for a society based on this principle, implemented by democratic consensus.
The services offered by such caring society should be universal, dispensed impartially and funded according to the ability of each member of ‘society’ to pay for it.

Socialists consider these principles fundamentally moral, the prerequisites of a truly caring society.
All of these principles necessitate a central authority. Socialists are statists mainly because the tenets of their believes about justice and fairness cannot exist without the heavy hand of the state enforcing them.
I could get in the long line of the libertarian critics who demonstrated the failures of various socialist policies based on the above principles and even explained why those failures were inevitable, but that is not the point I want to make.
I could expand on the above showing why they are impossible goals, why they are corruptive, how they are creating perverse incentives and unintended consequences, but that is still not the point.
The point is simply that ideology is the enemy.
The point is that these tenets of faith make the outcomes of the policies irrelevant to their advocates.
The point is that socialism, like any other ideology blinds its followers to reality. In their desire to do good (according to the tenets of the faith) prevents them from acknowledging the tremendous harm they cause in the process.

Socialists are wrong to think that conservatives and libertarians don’t care, but that is yet another discussion. We all want to help the poor, the weak and the fallen. The question is how to do it.

Help, to be effective, needs to be personal and discriminating.
A paid bureaucrat with the responsibility to dispense the resources of the collective cannot be personal. He is not supposed to use his personal judgment even if he was inclined to do so.
To quote Charles Murray again, he could not know whether the person in front of him would need a kick in the pants or a pat on the back.

Help, to be effective, needs reciprocity.
The recipient, if nothing more, should at least feel gratitude. He should give a sign of acknowledgment that he owes something for what he received, but it is not possible to be grateful to someone who is not giving something that is his own, on his free will.

Help, to be effective, cannot be turned into entitlements. If you have the right to something, then when that thing is given to you, it is not help. Entitlement removes the moral aspect from the transaction. Entitlement is just a new baseline of your living conditions, just a new set of consumable resources.

Expecting civil society to take care of its members is pragmatic. Expecting the state to do it is ideological. The problem with socialists is that they cannot see the difference between state and society, voluntary exchanges and coerced ‘cooperation.’

Why can the socialists NOT get it? Because they are driven by ideology, not by genuine desire to provide real, pragmatic help. That is why socialist experiments always end badly.