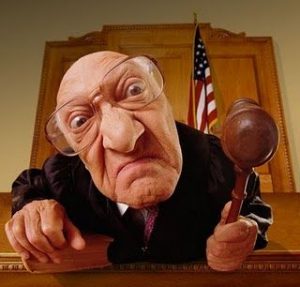 I was asked to edit this post on this day of 2012-09-28.  I will comment on the request and its implications later, once I finished my series of posts on Islam. [xxxx] denotes the change

I am not an anarcho-capitalist libertarian.  I would define myself as a culturalist social-libertarian.

I will explain at some point what I mean by that and I would love to debate the nuances with a true anarcho-capitalist libertarian such as Stefan Molyneux but the point that matters here is the answer to the question: where do you draw the line? What are the legitimate functions of the state?

For a true anarcho-capitalist the answer is none. The state is by definition a monopolistic and therefore coercive entity and has no legitimate function in a free society. Next step from that view is the one saying that the three legitimate function of the state are the military, the justice system and the police, basically protecting society from violence from the outside, from the inside and arbitration of conflicts.

I more or less subscribe to this view, but today I have to argue against it.

I have a friend, a girl half my age, she just got her Canadian wedding in the spring, I was there. She got married back in [xxxxxxx] over two years ago then she was waiting almost two years for the papers to get processed before her husband was allowed to join her here (but that’s another story). She was sent home for an arranged marriage, she almost got disowned for refusing the arrangement, she picked her own husband, the guy she had a crash on as a kid.

Her family and her culture are important to her but she is very independent, smart and ambitious.

They got into trouble with the law this summer. They had an argument in front of a shopping mall. He said let’s go home; she said NO, I DON’T WANT TO! He grabbed her arm and tried to drag her away. A WASP woman observer called 911. He got arrested, the police refused to talk to her to hear her side; they just grabbed him and locked him up. She had to run around to arrange bail which came with a condition: they are not allowed to live together or to have any contact with each other at all while the wheels of justice are turning.

I have to stop here for a second. I was not there. This is her version of what happened. She said they were not fighting, they were arguing. They were arguing in [xxxxxxx] which the observing woman clearly did not understand. She couldn’t possibly have a clue what they were arguing about or what was the level of civility of the argument. She obviously couldn’t understand the body language from a culture 8,000 miles away.

A Hungarian friend of mine loved to tell the story of bringing his soon-to-be-wife Dutch girlfriend to meet his family for the first time on a Sunday family get-together. She locked herself into the bathroom because she was convinced that blood will flow. The Hungarians just had a friendly, animated conversation. It was too much for her Dutch upbringing. After two kids, she got used to it.

I don’t know how animated the conversation was, I do not know what happened, but it does not really matter. Even if it was ten times worse, it would not justify what the system did to them. Even if he was swearing and threatening, even if he hit her, he (they) deserved their day in court.

They were separated for several months. The court date was adjourned a couple of times. They obviously had to spend money on a lawyer and eventually were offered a deal: if he pleads guilty (to I don’t exactly know what) he will get a thirty days ‘anger management course’ and a three years’ probation. If he does not, he will get a court date in two years, obviously leaving the restraining order in place. They had to choose between two ‘sentences’ Two years of separation with an uncertain outcome or thirty days of anger management.
They decided that they do not want to spend two years apart so he accepted the deal.
Again, I cannot vouch for what happened exactly. This is her story. You have to judge if it is plausible to you. It is to me.

I grew up as an abused child with a mother who was abused even worse.  I KNOW what an abused woman look like. My friend  is not one of them, but AGAIN, this is not the point. Even if she was abused, he deserved his day in court which the system denied him by blackmailing him into accepting a plea. Were they offered a date in a month, they would NOT have accepted the offer.
This is not justice, but a perfectly regular business in a government run enterprise.

My first entry in this blog was my hospital story in Montreal. About the waste, about the lack of transparency and about the wait. And more wait. And yet some more wait. The way the justice system operates is not that different from the way the health-care system works.

Un-timely care is no care. Un-timely justice is no justice. Especially if you have to live under punishing conditions while waiting for ‘justice’. Wait times in Canadian courts are even worse than in Canadian emergency rooms.
The justice system is the most basic function of the state. How much we can expect from the state if it can’t even do this?

The way the system functions can be perfectly explained with the inherent nature of monopolies. I could repeat here what I said about the hospitals.
The function of the justice system as it is in Canada today is not to create or administer justice but to enforce an ever more complex web of laws, to create an obedient citizenry and to justify the existence of the army of bureaucrats, lawyers and judges supporting it.

We could talk about the busy-buddy justice where a third party can arrogate herself the right judge and in a way force her view of what harm is a onto a ‘victim’ that she designated as such. But was that woman doing wrong by displaying social responsibility? What if my friend was dragged away by a would be rapist to be killed? What if she was dragged away for an honour killing because she is addicted to the western vice of shopping?

Today my friend would be writing thank you letters to the woman who interfered.

I was always wondering what could/would/should have happened to my mother. In that place and that time nobody interfered. What could have been done? What should have been done? Where is the line between social responsibility and being a busy-buddy? Non-interference and criminal negligence? There are several new immigrant cultures around us that are clearly abusive. What should we do with them? How much force should we use trying to bring them to the level of our understanding of what is or is not acceptable?

Where does cultural understanding and tolerance enter the picture – if at all?
Would the whole family of my Hungarian friend be arrested today on the account of his culture shocked girlfriend (who did not understand what was going on but got scared from the body-language she wasn’t used to)?

How should this have been handled in a normal society?

Why is such an outcome becoming unimaginable in Canada?

Could it be the perversion of the whole system where cops do not dare to make any decisions, where in their riot gear they are just perversely powerless pawns of the system entrusted only with grabbing non-conforming elements to throw them into the machinery of the system?

She said they refused to talk to her. Their instructions are most likely not to do such thing. They are not qualified. They are not judges and psychologists or qualified anger management consultants.

Was my friend a victim of her husband, the WASP women who called the cops or the cops and the justice system?
To me it is clear, that the system failed. Or did it? Someone from inside would say that it was working perfectly. Maybe it could use a little more funding to operate better, but it did what it was supposed to do. It processed the case and produced a result. A result by the way that will give some work to a highly qualified professional anger management consultant.

It worked exactly like any other government monopoly. The hospitals restrict operating time to reduce cost, the justice system offers plea bargains. Both of these systems are about themselves. They are not about health and patients or justice and victims.

The big question is, obviously, what to do? Did I just make the argument for the anarcho-capitalist approach of Dispute Resolution Organizations, very well argued for by Stefan on Free Domain Radio?  It sure looks like it; I think I will explore the possible answers in another post.