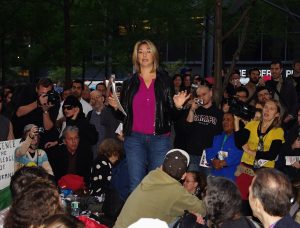 I sat down today to write something for this blog with a particular idea in mind. I wanted to talk about how to handle situations where a cause or idea that I strongly believe in is represented very poorly.

I came across this YouTube video a few days ago.
She (Kathryn Marshall) was soooooo bad, that I could not watch it to the end.

Then when I sat down to write about it, I realized that this particular issue, although it is a good example, is not really timely. The interview took place in February and a few weeks ago she left Ethical Oil – fired for incompetence, I hope. The general theme (good ideas represented poorly) is more enduring than her job, so I am sure I will have plenty of opportunity to talk about it in the future.

Then I started checking out some facts and arguments about the Oil Sands and ran into Naomi Klein. So to speak. I ran into her youtube videos on the subject. Once you find Naomi Klein, you know that Noam Chomsky cannot be far, and he wasn’t. I cannot read Noam Chomsky for ten minutes without him making my blood boil. These two have similar ways pushing my buttons. They are both masters of sleazy insinuations and emotional manipulations.

In this ten minutes video, a speech of Naomi on labor day last year I counted ten flat out lies, seven statements of pure bullshit, eight statements of ill-informed stupidity, four instances of gross exaggeration and misrepresentation and six clichés appealing to the crowd and I did not count the statements I just do not agree with and could debate.

I realized at some point that it is impossible to argue with them. Every second statement they make would require a half an hour analysis to demonstrate the sleaze, the manipulation, the innuendos the foundation of the falsehood and the speaker’s nefarious intent. The problem with this is that in civilized conversations you are not afforded the time to perform this analysis.

But let’s suppose that I can do such thing. I can sit down with my webcam and insert my comments into the video tripling its duration. But to what end? Who will I convince? Aren’t the people who eat this up beyond hope already?

Chomsky and Klein are intellectual vampires, sucking the lifeblood out of reasonable debate; but is there any way to make a debate reasonable with people like them? Should we even try? This would be the same with the two radical subjects of my post on 2012 April 26th.

Opinions can be discussed, different interpretations of any subjects can be debated but cliché ridden propaganda appealing to the mentality of mobs cannot be faced with reason.

So the question is: how can we face it?

We live in a polarized world where the mob-like extremes and the sleazy voices whipping them into frenzy are getting louder every day.

How should we deal with them?

4 replies on “Reasoning with propaganda?”